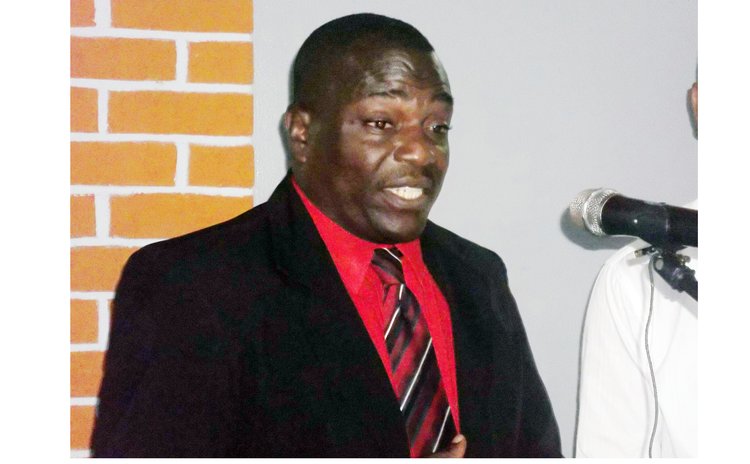 Roseau, Dominica – Friday, February 13, 2014 - Subsequent to discussions held between the Moroccan Agricultural Technical Team and the Ministry of Agriculture and Fisheries, a cooperation agreement was signed for the implementation of the Soil Fertility Mapping Project in Dominica.

The project consists of eight work–packages and includes technical and human capacity building within the Ministry of Agriculture as it relates to crop nutrients management. Farmers and extension agents will be able to address the challenges associated with soil fertility, namely the use and management of fertilizers for sustainable crop production.

Considered one of the significant projects undertaken here in Dominica by the Moroccan Agency for International Cooperation (AMCI) and with the technical and scientific input of Morocco's National Institute for Agronomic Research (INRA), this agreement reinforces the south-south partnership between the Kingdom of Morocco and Organization of Eastern Caribbean States (OECS), particularly, St. Kitts and Nevis, Antigua, St. Lucia, Grenada, and Dominica.

These countries will be joined by St. Vincent and the Grenadines by the end of the Technical Mission in signing county specific cooperation agreements with Khalid Moujaddidi, AMCI's Deputy Director General who is here continuing efforts to initiate formal discussions with the Departments of Agriculture of the Bahamas and Barbados with the view to expand the project within the wider Caribbean Region.

Following his review of the terms of the agreement, Harold Guiste, Permanent Secretary of the Ministry of Agriculture and Fisheries, stated that the project is timely as it augments the initiatives by the Government to expand and develop the agricultural sector with emphasis placed on the production of coffee, cocoa, citrus, banana, and dasheen as initial target crops. He also noted that investments made in training individuals in Global Information Systems (GIS) Technology throughout the divisions of the Ministry of Agriculture and Fisheries will serve as a resource allowing for a more cost effective and efficient implementation of the project in Dominica.

The Director of Agriculture, Ricky Brumant will serve as the National Coordinator while a steering committee chaired by Guiste will be appointed among key stakeholders namely the Land and Survey Department, the Caribbean Agricultural Research and Development Institute (CARDI), the National Centre for Testing Excellence (NCTE), to monitor the implementation of the project over a four year period.

Dominica remains central to this south-south partnership; on the recommendation of the Technical Mission, Dominica will be the focal point for the entire project within the region. Moreover the project will build technical capacity through the establishment of a Regional Soil Testing Facility to serve the OECS Region at the NCTE where expert advice on the development of the required protocols on the transportation, storage, and disposal of soil samples for testing will be undertaken as part of the overall project.

The Moroccan Technical Mission is scheduled to leave on Monday February 16, 2015 following discussions with Renato Gumbs, Deputy Chief Agricultural Officer, of the Ministry of Agriculture, Industry, Rural Transformation, Forestry, and Fisheries of St. Vincent and the Grenadines.