It is official- DOMLEC has been sold. 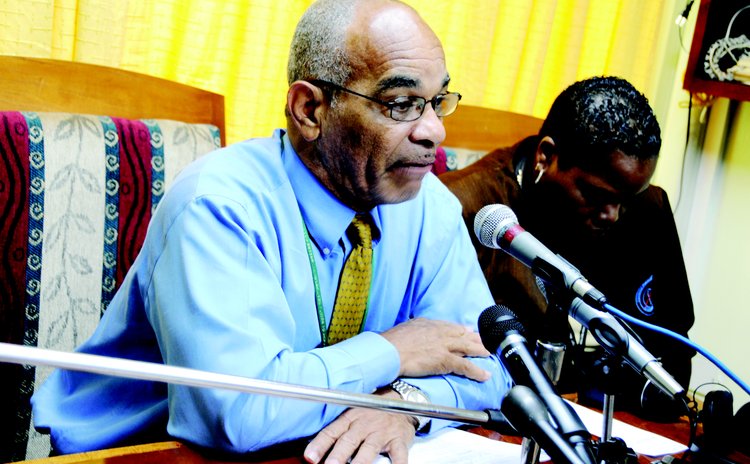 "As of yesterday mid-morning the majority shareholder of DOMLEC is LPH," said Collin Cover, the Chief Executive Officer of the Dominica Electricity Services (DOMLEC) at a press conference at the company's main office in Roseau on Thursday afternoon.

Light & Power Holdings Ltd. (LPH) of Barbados has acquired majority interest (52%) in DOMLEC from WRB Enterprises Inc. (WRB) of Tampa, Florida. That transaction followed an announcement on November 28, 2012 that LPH had signed a Letter of Intent with WRB for the acquisition.

DOMLEC is the sole electric utility for Dominica, serving 34,000 customers. The Dominica Social Security Scheme owns 21% of DOMLEC, with the remaining 27% broadly held by other investors.

"The acquisition of DOMLEC is consistent with our strategy to build a business of scale in the Caribbean," said LPH Managing Director Peter Williams in a press statement. "We believe our operational expertise coupled with that of the team at DOMLEC will create new potential for adding value to the benefit of customers in Dominica. We look forward to working with the other investors, including Dominica Social Security Scheme, to ensure that DOMLEC continues to provide an excellent electricity service which is essential to Dominica's economic development." In that statement WRB's President, Bob Blanchard, Jr. said that "WRB is proud of our association with DOMLEC, and with accomplishments at the company over many years. We are confident that LPH's experience in the utility business will enhance the capacity of DOMLEC to serve its customers."

LPH and WRB say they have prepared a continuity plan to ensure a smooth transition of control, with customer service and employee alignment as a priority.

When asked how much has LPH paid for WRB's shares, Cover said he did not know the precise figure because that was a decision between WRB and LPH but he believed the last figure for DOMLEC shares that he is aware of was $3.25.

LPH and WRB say they have also agreed that they will collaborate in the future on the development of new renewable energy projects in the Caribbean.

"We think that the sale of WRB to LPH will benefit us because we now have a much larger engineering body behind us to call on for assistance and ideas," Cover said at the press conference. "What really impresses me about Emera is their interest in renewable energy."

Cover said he anticipates there will be few changes in DOMLEC within the next three months but LPH may make structural changes in the future. Light & Power Holdings Ltd., is an investment company with electricity as its core business; it is a majority-owned subsidiary of Emera Inc., an energy and services company based in Halifax, Nova Scotia, Canada. LPH is the sole shareholder of The Barbados Light & Power Company Limited, a regulated electric company which has been serving customers in Barbados since 1911. LPH also holds an indirect minority interest in St. Lucia Electricity Services Ltd. The common shares of Light & Power Holdings Ltd. are traded on the Barbados Stock Exchange.

WRB Enterprises is based in Tampa, Florida. In addition to Caribbean holdings in electric utilities, cable television and telecommunications, WRB has more than 50 years of experience in heavy equipment, banking, real estate and other industries. The company is one of the largest shareholders of the Bank of Tampa (Florida) and CenterState Banks (Florida). WRB holds majority shares in MARPIN2K4, the Dominican television broadcast and communications company.