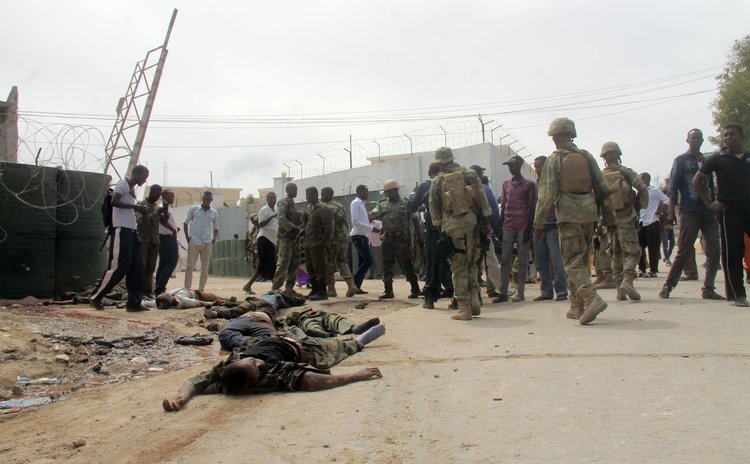 After nearly a week of silence, the radical group said Ahmed Abdi Godane, 37, was killed in the US drone attack in the Lower Shabelle region in southern Somalia.

Somali Minister of National Security Khalif Ahmed Ereg said the government has intelligence that the Islamist group of Al Shabaab is planning attacks against government targets in retaliation for the killing of their leader.

"We have credible intelligence that Al Shabaab wants to launch attacks on health centers, schools and other places. Somali government is prepared for that and will counter them. We have put armed forces on high alert," Ereg told reporters in Mogadishu.

Ereg called on people to assist the Somali forces to counter the possible attacks by militant fighters in Mogadishu and other places in Somalia.

He reiterated government calls on Al Shabaab fighters to take advantage of government amnesty during the 45-day ultimatum that began on Sept. 1, hours after the US drone attack that killed Godane.

Somali government forces have also tightened security in Mogadishu in an effort to avert possible attacks by Al Shabaab militants in the capital.

Security forces apprehended a number of Al Shabaab fighters and a cache of weapons in Mogadishu during security sweep, state radio Mogadishu reported.

State media reported that government forces recaptured the town of El Garus in central Somalia region of Galgadud and a number of villages in Tiyelow, Bakool region in the south of the horn of the Africa nation.

The latest gains are part of a wider military offensive dubbed Operation Indian Ocean launched late last month to retain the remaining areas still under Al Shabaab control in the south and centre of Somalia.