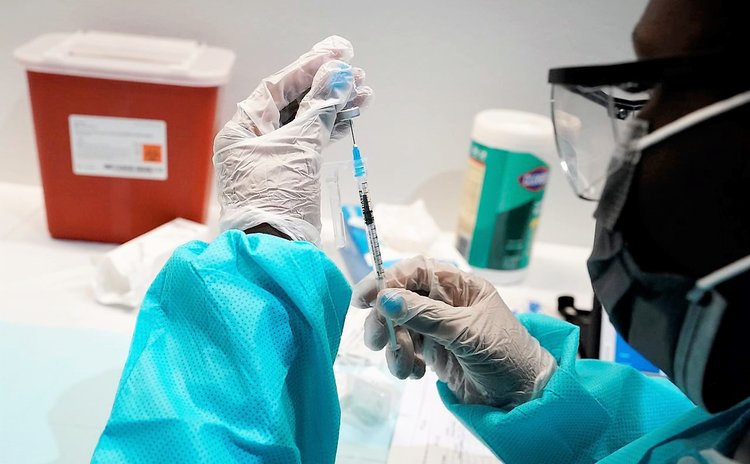 Nurse Susan Graham*, a critical care nurse based at the Dominica China Friendship hospital (DCFH) has been exposed to Covid-19 multiple times and has watched scores of people suffer from the illness. But like many other health care workers, she has refused to take the jab.

"I am not an anti-vaxxer, I have taken other vaccines before and have even allowed my children to be vaccinated against other diseases," said Susan, who didn't want her correct name mentioned for fear of retaliation. "But for this one, why do I have to be a guinea pig?"

In August, management at the country's main health facility launched an antigen testing programme under the theme "Know Your Status" as a recent study had revealed that only 38% of the hospital staff were vaccinated.

This data-gathering exercise the figures showed that of the nearly 500 employees involved in direct patient care, the highest level of vaccination was among doctors – 63%, while only 27% of the nurses employed at the DCFH had received the jab, placing them in the lowest category.

Almost two months later, the authorities are facing a difficult conundrum as many of the practising nurses and other health care workers remain adamant that they won't take the jab, even as they remain on the frontline in the fight against the pandemic.

For two weeks THE SUN tried to obtain updated figures from management but that proved futile. But many of the nurses we spoke with are still reluctant to get the shot and some are even willing to lose their jobs over it.

"I will not take it and if I get fired, when the prime minister decides to make it mandatory then so be it," said nurse St. John. "I see what's happening, vaccines aren't stopping people from contracting the virus and who knows what long term effect it could have on us."

She and many others who spoke to The Sun said they believed (contrary to evidence) that the vaccines had not been fully vetted or studied and have expressed a lack of confidence in the system.

"I do not trust this government," stressed another one of the nurses who also spoke to The Sun. "I am also afraid of getting the side effects, which for now are unknown. Who's to say a few years down the line whatever is in the vaccines won't affect me greater than the COVID-19 itself? Unless I can get some concrete answers, I will not be taking the vaccine. My job entails saving people's lives, and I start with mine first."

Nevertheless, authorities are hoping that something will give and the over 11,000 needed to get vaccinated will turn out in the upcoming weeks to get the country to herd immunity.

According to National Epidemiologist, Dr. Shalauddin Ahmed, the targeted number is 53,281 which is about 76% of the total population and presently only 46.9% have been vaccinated.