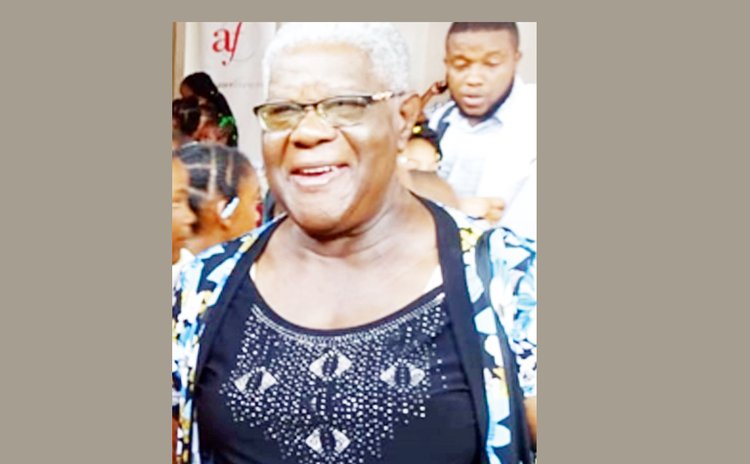 When someone as unique in the field of culture as Sonia Lloyd was, almost everyone feels a sense of profound loss.

"It saddened me deeply to have heard of the passing of Sonia Lloyd of Kings Hill," said Former Chief Cultural Officer Raymond Lawrence.

Sonia Lloyd died at her home at Kings Hill on Sunday. She was 73.

Lawrence added: "She was a true cultural icon and an outstanding folklorist and cultural personality. She had a great passion and love for Dominica's culture, especially folk music and our beautiful Creole. Sonia was a very prolific composer of Dominica and folk songs, and she won the Independence Queen song competition on more than one occasion. One year she won with a song that has become one of Dominica's cultural anthems, Kité Koltè LaViv. This song speaks to and encourages all of us to continue to promote our beautiful Creole wear. Part of the song says, "Sa ki Di nou pasa pòté Dwiyèt encò? Sa ki diw nou paka pòté jip la encò?

"Sonia was very instrumental in the research and documentation of the first Dominican Creole dictionary, spearheaded by the Konmité Pou Etid Kréyòl. She was a member of KEK from its inception in 1981 up until she passed, and she also helped with the ongoing compilation work for KEK's new Creole dictionary.

"With the assistance of the Cultural Division Sonia recorded an album of about eight of her folk songs, including Kité Koltè La Viv".

Lawrence said he knew Sonia Lloyd "to be a deeply spiritual person, a very staunch Catholic, and she had a keen, friendly and easygoing disposition and personality".

"On behalf of the Konmité Pou Etid Kréyòl," said Lawrence "I want to extend heartfelt condolences to her family and friends, and the cultural community in Dominica. Sonia Lloyd will definitely be missed. But her music, teaching career and important contribution to Kréyòl language development will always remain part of her wonderful and outstanding legacy. May her soul rest in eternal peace".