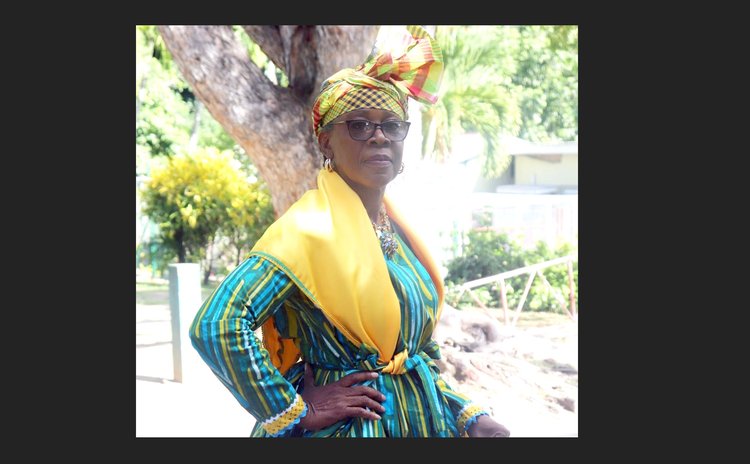 Sonia always had a keen interest in the country's Creole heritage, falling in love with the language of the people while a young girl in her hometown, Portsmouth.

"I heard it all around me, went to the market heard Creole only, went to the bayside where the fishermen were, heard Creole," she said. "So although it wasn't spoken very much at home, and at home, you were not allowed to speak Creole, it was all around."

Her desire to formally pursue the intricacies of the Creole language was sparked by a course titled 'Use of English', which was taught by Alwyn Bully at the Clifton Dupigny Community College.

Magloire-Akpa utilized her passion for the Creole language to fuel her studies at the University of the West Indies, where she obtained a Bachelor's Degree in language and literature with a major in linguistics.

"In the early 80s when I did my first research for my thesis at UWI it was 'The Use of Creole In The Media' with a focus on radio. Because at the time, radio was very important," she said.

Returning to Dominica, she joined La Konmité pou Etid Kwéyòl, KEK. It gave her an opportunity to promote the Creole language and to work on its standardization.

"When we started off there was a lot of opposition, as expected because people were not looking at Creole as a language," she said.

The linguist admits to seeing an improvement in the knowledge of Creole over the years but wants to hear people speak it more openly.

"I think Kwéyòl is more accepted now as a language than it was then, unfortunately, it is not spoken as much as it was back then. And that is something I am a little disappointed about," Magloire-Akpa said.

She has some concerns about the future of the language but is reassured that the Haitian population here will help keep the language alive and well.

"I always say 'anou palé pli Kwéyòl'" Magloire-Akpa said. "We can have all the publications that we want, we can continue doing the work that we're doing but if we don't get people to speak more, I really don't know about the future of the language." The correct writing of the Creole is also dear to Magloire-Akpa.

"I would like to see people make an effort to write Kwéyòl properly. I am very keen on that", she said. "Do not write Kwéyòl any old how. I have seen songs written and poetry etc. It is fairly easy to write Kwéyòl because when you hear a sound that is it, one symbol."

This linguist firmly believes Creole should be spoken by authority figures for the rest of the country to get on board with speaking the language.

"Creole as an accepted language in Parliament is long overdue," she said. "First of all we need to give Creole a status, is it a national language? And that would have to be a policy decision".

Sonia commended the Ministry of Education for promoting the use of Creole in schools around the island.

"That is something KEK has been knocking at the doors for years," she said. "So when the Minister made that announcement I was very happy. Matter of fact I was one of three members of KEK who trained the teachers for the pilot programme in primary schools."

Magloire-Akpa vows to give her all in continuing to promote all elements of Dominica's culture, especially the language. KEK is currently working on a new dictionary which, if all goes according to plan, should be published by 2023.