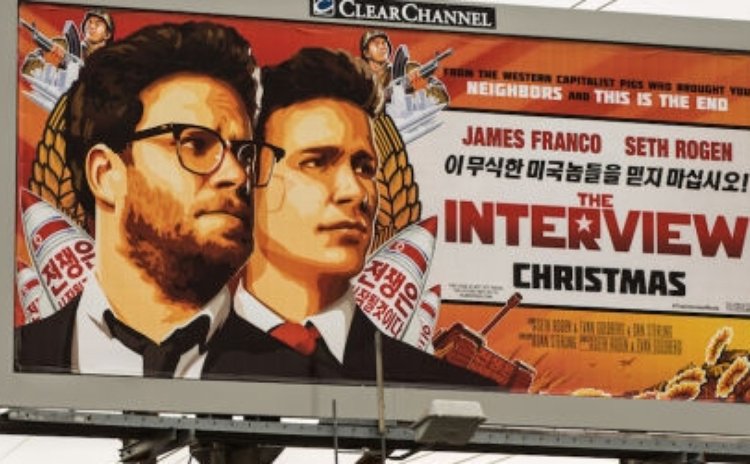 The film, a comedy about a plot to assassinate the leader of the Democratic People's Republic of Korea (DPRK) which prompted a cyberattack, was available at Google Play, YouTube Movies, Microsoft's Xbox Video and a Sony site called seetheinterview.com since 10 a.m. Pacific time (1700 GMT).

Hackers crippled the studio based in Culver City, Southern California, in late November. Sony was balking at the original plan of Christmas Day release, but announced on Tuesday to release it at selected theaters, as well as a video-on-demand availability. But it changed tactic Wednesday by releasing the film online.

It will cost 5.99 U.S. dollars to watch on YouTube and other streaming sites.

"It has always been Sony's intention to have a national platform on which to release this film," Sony Chairman and Chief Executive Michael Lynton said in a statement. "With that in mind, we reached out to Google, Microsoft and other partners last Wednesday, Dec. 17, when it became clear our initial release plans were not possible. We are pleased we can now join with our partners to offer the film nationwide today."

The cyberattack exposed thousands of employees to identity theft, embarrassed executives and celebrities with the release of off-color emails and crippled the studio's digital infrastructure.

A week ago, Sony announced it was canceling the release, saying big exhibitors were backing out of agreements to show the movie.

"Guardians of Peace," the hacker, sent an email to top Sony executives threatening that it would release more private data stolen in the cyberattack if "The Interview" is ever leaked or released in any way.

FBI has maintained contact with Sony Pictures Entertainment and others in industry. The Los Angeles Police Department told media that it was not planning any special security arrangements at any of the theaters in the city screening "The Interview."