Soon, very soon, society will begin appealing for an end to discrimination against men 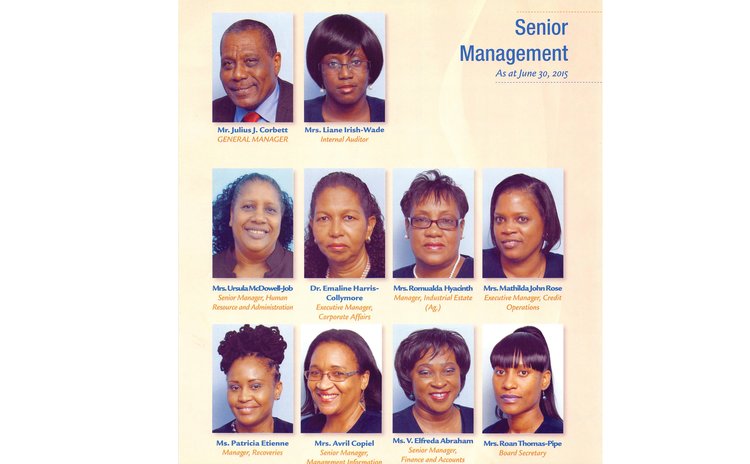 Undoubtedly women in Dominica have made much progress, especially over the past two decades; but, unquestionably, serious levels of inequality and prejudice remain. As Dominica joined the rest of the world to observe International Women's Day last week (on March 8, 2018) we were reminded that although women have figuratively smashed the glass ceiling, with people such as the late Dame Eugenia Charles, shards have littered the passage-way retarding upward mobility and justice for women and girls.

In education and at top level management of the public and private sectors women have been "in-charge", to use local jargon. For example: two years ago THE SUN featured one institution where that situation was plainly apparent- the Agricultural and Industrial Development Bank (AIDB).

To quote the feature writer: "The picture is as telling as it is striking. Eleven members of the senior management team of the Agricultural, Industrial and Development (AID) Bank, their headshots plastered over a page of the bank's 2015 annual report, only one, the general manager Julius Corbette, is male. Of course, the composition of the board of directors is different. Of the nine members, only a third is female, and both the chairman and vice chairman are male. But it is in the composition of the senior management team that the difference is stark. And by the look of things, this situation is not expected to change anytime soon".

But the picture at the AIDB has changed. Somewhat.

Corbette, who has since retired and was replaced temporally by a female acting general manager, told the newspaper that "the majority of applicants for positions at the bank are women" and that the women were highly qualified, competent and reliable.

Similar situations exist in the public sector where a majority of the top positions are occupied by women, an obvious consequence of women's domination of education at post-secondary levels.

To return to the feature we mentioned earlier, the writer also observed that a photograph taken in 2016 of new Dominican graduates of The University of The West Indies (UWI) Open Campus showed that of the 12 who appeared in the photograph at the ceremony in St. Kitts, nine were female, something that was not unusual at the UWI. According to Dr. Francis Severin, the director of UWI's Open Campus Country Sites: "Within the University of the West Indies what you are seeing is roughly an 80-20 participation in some faculties, more females than males. From law to humanities the women dominate, and even in engineering, 'the bastion of male dominance', things are beginning to change".

Dr. Severin observed that women have a greater hunger than men to excel at education; at graduation ceremonies females are receiving first class honours and soon afterwards the top jobs in industry and commerce as well as the civil service. Most alarming though is that while women seem to have closed the achievement gap the men are taking a back seat (or a permanent place) on the steps around the corner, drinking rum and smoking marijuana. More disappointingly, Dominican educators seem to talk ad nauseum about the need to influence boys and men back to the classrooms of the nation's tertiary education institutions but action to that effect has been piecemeal and inconsistent at best. Men continue to under-perform. It is, therefore, not difficult to foresee that in the next fifty years or so women will so overwhelmingly occupy positions of power that society will begin appealing for the end of discrimination against men in politics, in parliament and in the workplace generally.

Nevertheless, as the AIDB story above exemplifies, although many females are occupying middle level and senior management positions, but at the very top, at the board and in Cabinet as well as in parliament, the men are in charge which, according to Dr. Severin "suggests the chauvinistic, patriarchal aspect of society is holding strong".

The dominance of men at the top of the pecking order is most apparent in politics where women participate fully and with characteristic exuberance at political rallies and during marches and rallies but somehow women fall on the wayside when the cake of leadership positions at cabinet and parliamentary levels are being shared. Carmen Hutchinson Miller made the point rather succinctly in an article titled: "Stereotyping Women's Political Leadership: Images of Eugenia Charles in the Caribbean Print Media" when she wrote: "Women's political leadership is a rarity within the Caribbean. This may be contradictory given women's active political participation."

Discrimination against women is most stark when we assess their work and pay in the informal sector. The literature on the issue claim that men receive higher wages than women for performing similar jobs but Dominica's minimum wage regulations do not make distinctions between male and female workers.

In agriculture, traditionally women dominate tasks in the farming sectors such as weeding, fertilizing and harvesting while men perform the more arduous jobs such as plowing and cutlassing but even that has been changing in recent times as more women become the main workers on farms.

While on that subject of women in agriculture, as Dominicans observe International Women's Day 2018, we must note that Haitian women have virtually rescued (some say captured) the food production and marketing sector of Dominica's agriculture. Without these women farming in Dominica would be in an even worse position than it is today. We must plan to honour them on International Women's Day 2019.