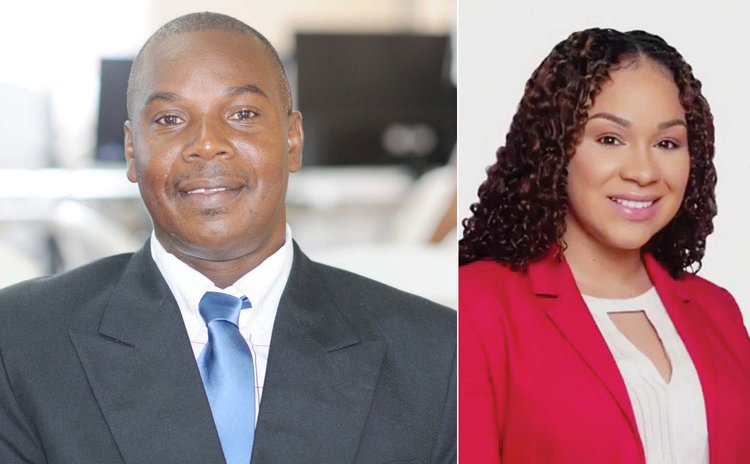 Left to right: Soso and Melisa

Strange but true: The ruling Dominica Labour Party (DLP) has not won the Roseau Central seat in over 40 years. Will the DLP win it this time around with Melissa Poponne-Skerrit, the wife of Prime Minister Roosevelt Skerrit? Or will the opposition United Workers Party (UWP) take back the seat that it lost when Joseph Isaac, the incumbent Parliamentary Representative, crossed the floor to the DLP?

Roseau Central, the seat of Government and the centre of the commercial sector in Dominica is clearly a prized constituency. In its heyday, the Dominica Freedom Party (DFP) won that seat easily with Dame Mary Eugenia Charles.

Education: Despite multiple requests, no information on her education was provided.

For many years Mrs. Skerrit has been involved in the organisation of Carnival costume bands, the mentoring of young persons and managing a back-to –school programme.

Born and raised in River Street; the son of Shirley Shillingford. Adopted mother: Ramona Graham. Cuffy, 51, attended the Roseau Boys' School and the Saint Mary's Academy (SMA). He holds a Bachelor's Degree in Management Studies from the University of the West Indies (UWI). He's a consultant and a farmer. For decades he was employment in the banana industry and worked in several areas such as food production, food quality assurance, water management, and certification. He also coordinated the Leaf Spot Programme at Dominica Banana Producers Ltd. (DBPL)

Cuffy is a divorcee; he has no children.

He has been involved in organizing football and domino matches in his community. He is also a member of the Roseau Improvement Committee (RIC).

Plans for the development of Roseau Central

• Develop Roseau to be the natural, cultural, economic and entertainment link to the French departments of Martinique and Guadeloupe

• Aim to improve living conditions of the people of Roseau