JUMP BALL No. 70:By Arlington James 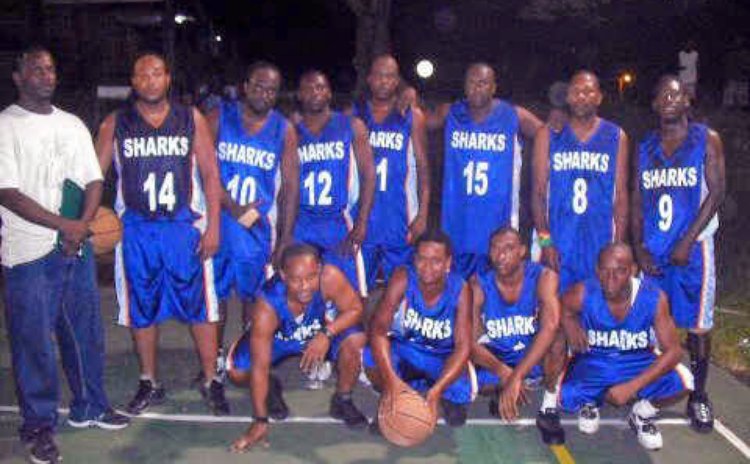 Part III of the article presented on nine SSHA teams that participated in the DABA league. The article continues below:-

Soufriere & Scott's Head Teams In National League (Ctd): Cowboyz disappeared into the sunset at the end of the 1998 season, but newly promoted Venoms replaced them in the 1999 Premier Division. According to press articles, Venoms in their first year at senior level "beat Hoyas 67-53"; "sorely tested then 3-times League Champs CCD Blazers, narrowly going down 67-70"; were "edged out by Raiders 64-61"; "extended Cardinals, again narrowly losing 78-82"; and were just "clipped by Knicks 64-61".

Joining The Hunt: The two most recent teams to emerge from SSHA and enter the national league came from the two villages.

Ian Pinard SOUFRIERE TREMORS competed in the Premier Division in 2004, with players such as Umulu Dangleben, Dale Mitchel, Arthur Niles and Molito Samuel. They placed 2nd in the Regular League, with Niles and Samuel being selected to the Dominica National Team for overseas tournaments in St. Martin and Bequia.

The Scott's Head-based Lotto SHARKS had appeared on the scene in 2003 following a 3-year break in the representation of SSHA in DABA's League.

Marcel Nicholas, one of that team's founding members, recalls that in their first season they reached the Finals in Division I (2nd level division), playing against Clouds.

Over the next few years Sharks went on to change divisions. They remained in Division I until 2012, moved up to "Premier" in 2013, where they won the 2013 Regular League Championship.

Sharks continued in Premier the following year (2014), stepped back down to Division I in 2015, and continued playing at that level to 2017. In 2014 they led in Three-pointers with 48, and in 2016 they registered victories over Snipers, Police, Blazers DI, Thunderers DI, Tigers, and Ole Skool, and blew-out Falcons DI by 44 points (79-35).

As is well known BABA's 2017 basketball season was interrupted by Hurricane Maria and the National League had not yet returned up to the time of writing.

It must be noted that Sharks has attained the accolade of being the team emerging from SSHA that survived the longest, i.e. at least 15 years, from 2003 to the 2017 incomplete season, even though they played in different Divisions.

Ten teams participated in that league, and compared to the Keep Fit Club Basketball League of 1983 and the "unofficial" league in 1992, in which the participating teams came only from the twin communities, the SBL was open to teams from as far as Roseau.