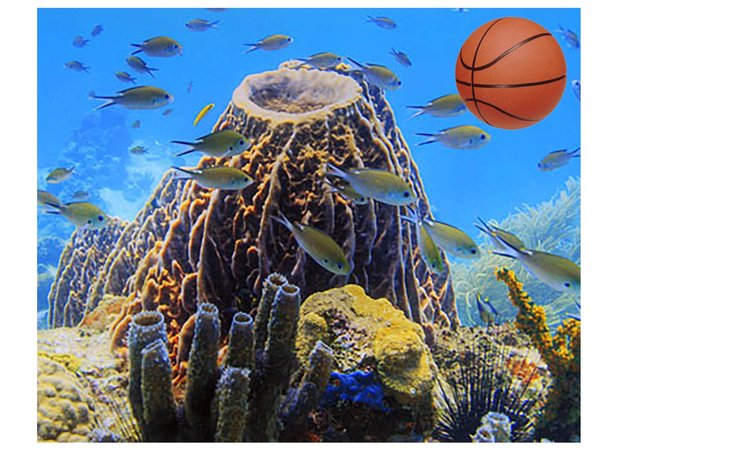 SSHA's TROPHY CABINET: The following are the glittering awards collected by teams and individuals from the SSHA, in the Keep Fit Basketball Club Basketball League and DABA's competitions.

Referees From SSHA: At least one person from the twin community officiated DABA league matches. André Charles was an active member of the Dominica Basketball Officials Association and also served as the Association's Vice-President (1996-1998).

More On Soufriere-Scott's Head Basketball: The above may be considered the main core of Soufouyè-Kachakou basketball as a collective. However, we must remember the unique lay-up style of Angus Tavernier of Soufriere, taking his extra-long steps in driving to the basket. And Cheryl Adams' role in mobilizing team supporters for their journeys to Windsor Park. And, Martin Adams, who is credited for being the first native of Scott's Head who played basketball in the national league and actually brought the game to his village.

Sadly, we recall the untimely passing of Cowboyz Floyd Andrew who went to the Great Beyond shortly before Carnival 2005. Floyd had collapsed on the Soufriere court while 'taking a sweat' and was included in the Jump Ball article, 'Subbed Too Soon' which was published in The Sun in 2018.

Fifteen years after Floyd's permanent 'sub', i.e. in April 2020 another native of Soufriere in the person of Joseph "Big Joe" "Fat Boy" Bellot, who many considered a basketball stalwart in his own right followed Floyd to the Great Beyond. Although Big Joe did not play with any SSHA team in DABA's league, he did play 'ball in the village, and was a die-hard supporter, chief mobiliser and motivator of the many Soufriere fans, and religiously and vociferously accompanied 'his' team to Windsor Park for their games. Jump Ball says, Rest In Peace, Big Joe.

Many will remember some of the national league players from the area who, for a while, put basketball at the centre of their lives, yes, even channeling their meagre financial resources into purchasing "proper" and suitable basketball shoes for their games and practice sessions.

Basketball enthusiasts from the area, more specifically from Scott's Head, will also remember the Oceanic Sports Club in the 1990s, with their 15 or so basketballers, all vying for an opportunity to represent their club and the village in the national league. And of course, the rivalry that existed among the younger, energetic, talented players from those two villages in the Soufriere-Scott's Head Basketball League, and the carrying over of that healthy rivalry from the community league into the Sports Division's Schools League.

Remarks: With 37 years of involvement in competitive basketball and fielding 14 teams in the national basketball league thus far - Soufriere with 10 teams and Scott's Head with 4 - the SSHA has certainly contributed meaningfully to keeping basketball alive on Dominica.

It is estimated that over 200 players from the SSHA, whether they were top-scorers, star rebounders, or even 'bench-warmers', as well as the various coaches including Festus Dalrymple, Wilbur Jules, Orlando Mathew, Melvin Moreau, referees and table officials etc, they all contributed to the development of basketball in the SSHA and the national league. Jump Ball looks forward to the continuation of that effort.

It should be noted that in terms of the number of teams emerging from rural 'basketball centres' and participating in the national league, the Soufriere-Scott's Head area with 14 teams places second after Grand Bay (17 teams). Cowboyz, Venoms and Sharks played in more than one division.

Jump Ball thanks all the retired and current SSHA players who participated in the national league and the community's leagues, league organisers, sponsors, the Government of Dominica, and of course the basketball enthusiasts, fans and villagers of Soufouyè and Kachakou for their contributions.