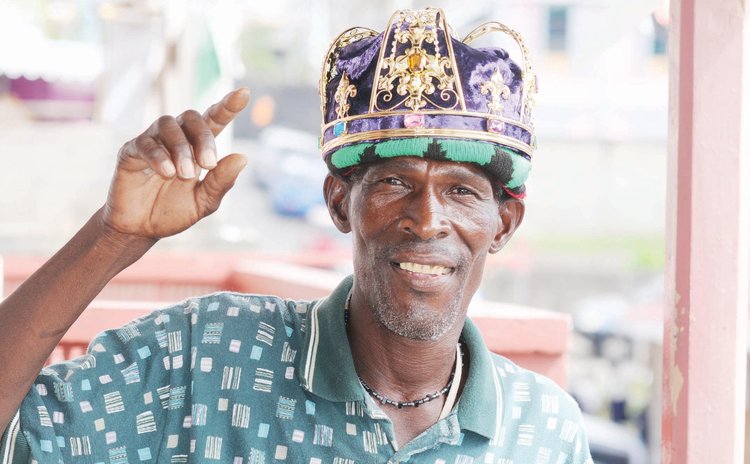 A Conversation with Dominica's Champion of Road Marches

There's a Dominican calypsonian, Charles "Sour Sour" Isaac, who has dedicated his life to composing hits for "de road".

And at the just-ended carnival season, Isaac again captured the Road March crown, a title earned for the song played most by the dancing and prancing groups and gangs during Monday and Tuesday carnival street parade.

Sour, we asked, what is a grinder; does the song have sexual connotations?

"Sir, use your discretion," he answered.

The lyrics tells a story of man whose brother borrowed his tool, his grinder.

Sour Sour also won the Road March in 1994 with "Kool Pipe" a song that State-owned DBS radio banned for its sexual suggestive lyrics. He also won the crown in 2011 with "Yow Yow, How You Feeling" which contained the line: "You makin' more bomb than Russia"; "making bomb" is local parlance for prostitution.

Are you from Pottersville, we asked

"I'm from Pottersville, Goodwill, Roseau-all about. I sleep in Watty's Lane, I have a house in Pottersville", he said.

A fisherman by profession, Sour Sour says Hurricane Maria destroyed his fish pots and his boat but the Fisheries Division has not compensated him for his loss.

In fact for the 2018 Calypso season Sour Sour composed "Maria, debris, debris, debris. And wood". That song did not make it to the Road March that year.

Isaac, 55, says he has been singing Calypso "for donkey years" and some fans have been advising him to hang up his boots.

"I have confidence in myself," he said. "I going to church but you cannot serve two masters. I wanted to baptize but de music have me."

For the foreseeable future Sour Sour sees himself composing hits for the road.

"Look, de people and them tell me straight: I'm not a lyrical guy. I'm not a Dice, I'm not an Observer," he said.

Sour, what is the trick behind producing "songs for the road"?