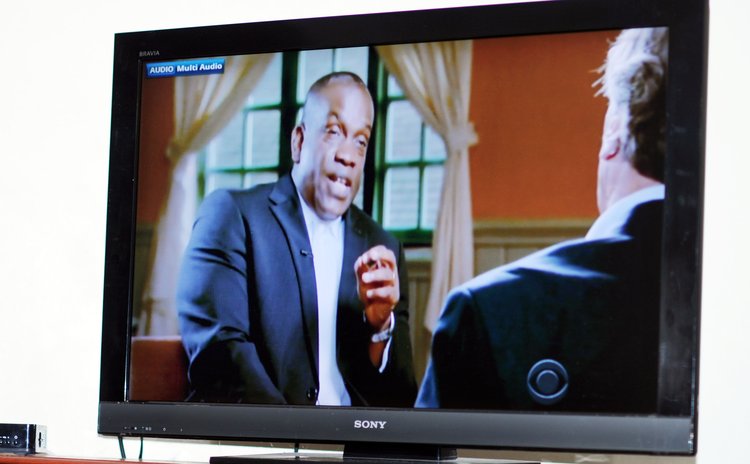 "It's called citizenship by investment and it's become a $2 billion industry built around people looking for a change of scenery or a change of passport, a new life or maybe a new identity, a getaway from the rat race, or perhaps an escape from an ex-spouse or Interpol. In any event, it's brought in huge amounts of revenue for the sellers and attracted among the buyers a rogue's gallery of scoundrels, fugitives, tax cheats, and possibly much worse."

That's the opening salvo in the hard-hitting documentary that CBS aired on New Year's Day on its award –winning programme, 60 minutes. It was titled "Passports for sale."

And in its aftermath, 60 minutes has had Dominican politicians and their supporters virtually at war using words such as "traitor" and "economic terrorist". At least one government supporter has advocated the arrest and killing of Lennox Linton.

"If you're shopping for another passport, the top of the line right now is Malta. By investing a million dollars in this Mediterranean island, a Russian or Chinese or a Saudi can become a European citizen with a new EU passport that will allow them to travel just about anywhere without a visa. There are also much cheaper, less discriminating alternatives available in the Caribbean, especially on the tiny island of Dominica, where Lennox Linton is a Member of Parliament.

"Steve Kroft: How much does it cost to get a citizenship?

"Steve Kroft: Do you have to come and live in Dominica?

"Lennox Linton: No. No. You don't even have to come to Dominica to get the citizenship. You pay the money from wherever you are.

Then 60 minutes focused on CBI programmes in Antigua and St Kitts and Nevis before returning to Dominica and the selling of diplomatic passports. It stated:

"The sale of diplomatic passports is not part of the citizenship by investment program, but it goes on under the table, particularly in Dominica which has had a most impressive corps of dodgy diplomats.

"Lennox Linton: We had a diplomatic passport in the hands of Francesco Corallo, who, at the time, was on INTERPOL's list of most-wanted criminals.

"Parliamentarian Lennox Linton says no one in Dominica had ever heard of Corallo until he was stopped by authorities in Italy.

"Lennox Linton: He said, "You can't detain me. I'm a diplomat." They said, "Diplomat? Diplomat of where?" He said, "Dominica."

"Then there's Dominican diplomat Alison Madueke, a former Nigerian oil minister arrested for suspected bribery and money laundering. And Rudolph King, a Bahamian fugitive from U.S. justice, who was Dominica's ambassador to Bahrain.

"Lennox Linton: What we were doing with an ambassador in Bahrain, I don't quite know. But they seem to think that there was some benefit in there for us.

"Steve Kroft: I assume that you've asked the prime minister…

"Steve Kroft: How he ended up appointing these people, diplomats.

"Steve Kroft: And what was the answer?

In response to the CBS programme, Anthony Astaphan, the government spokesman, accused Linton of treason and spreading falsehoods. Astaphan said Linton knew about the rules governing the CBI programme as well as the levels of due diligence undertaken before a passport is issued.

"For him to give the impression that you could just buy citizenship through a credit card transaction like was fundamentally dishonest," Astaphan said.

But Linton maintains that "it would do government well" to move on to make the CBI programme more transparent and to consider the concerns of the international community rather than "unleashing its army of surrogates to go after one man."