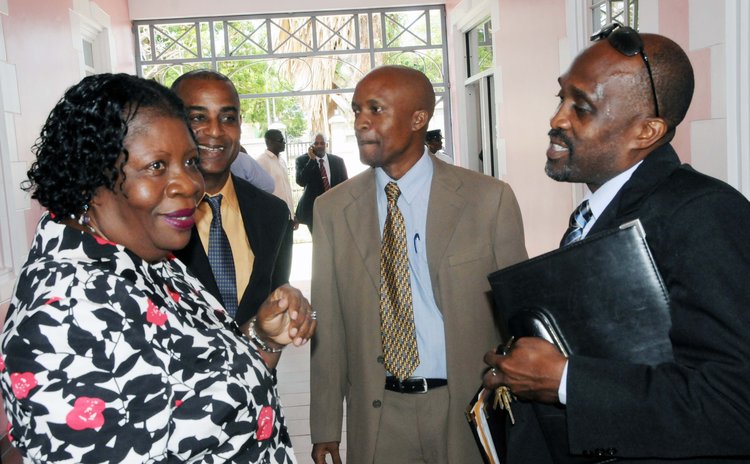 Alix Boyd-Knights, the Speaker of the Dominica House of Assembly has answered critics who were opposed to her nomination to the post of President of the Commonwealth of Dominica.

Speaking to Parliament on Thursday morning, Speaker Boyd-Knights said that during the opposition's campaign against her nomination, her character was cut into small pieces and fed to the public by the talk shows in Dominica. She went on to describe her critics as carnivores. Boyd-Knights then read a letter that she wrote to Prime Minister Roosevelt Skerrit withdrawing her nomination citing fear for the safety of her family and scoffed at allegations from her critics that her alleged fear was manufactured. The Opposition stepped out of the Chamber in protest.

One hour later, parliament adjourned after agreeing that a 14-day nomination process for the post of President will take effect. Although the opposition says it is not opposed to the government's nomination of former Permanent Secretary Jennifer Wallace- Lafond, Parliament determined that the opposition and government could not agree on a joint nominee for the post and therefore the process of nomination takes effect.

In that regard, Boyd-Knights said she received a letter from Prime Minister Skerrit on September 12, 2013 which stated: "I hereby inform you that the Leader of the Opposition and I have been unable to agree on a joint nominee of a candidate for the election of a President".

The opposition United Workers Party (UWP) maintains that the process of consultation, required by the Constitution of Dominica, commenced with the nomination of Lafond by the Government of Dominica two days ago and that the opposition is inclined to support Mrs Lafond's nomination providing that she provides a copy of her resume and holds a meeting with the Leader of the Opposition at his office.

On the other hand, the government argues that the process of consultation began with the failed Boyd-Knights nomination which the opposition opposed and, therefore, there was no need to begin a new consultative process with the Lafond nomination.

Meanwhile, Lennox Linton, the UWP political leader said that the venue of the planned meeting on Friday had been moved from outside Parliament to Lagoon on Independence Street, Roseau.