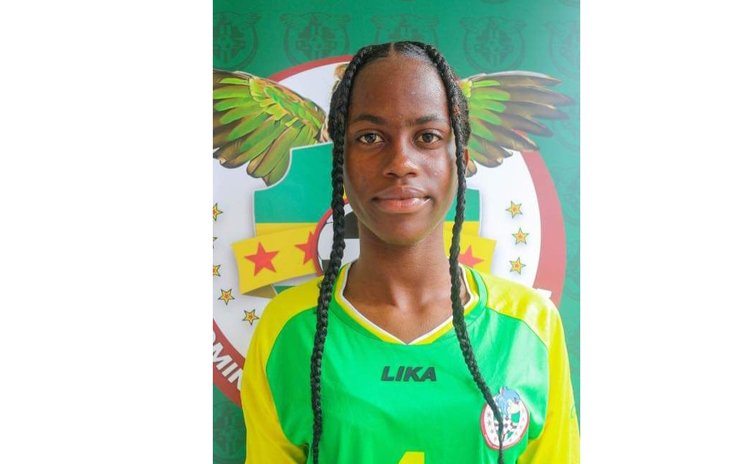 At just 15 years old, Marigot native Kalie Christmas has already been regarded as one of the best rising female goalkeepers due to their brilliant diving saves in crucial matches, her great reflexes, and jaw-dropping athleticism.

The fourth-form student of the North East Comprehensive Student (NECS) is just one of the many young stars making a splash on the football field and who could be destined for future success at the highest level.

Joining the sport at the age of six, this week's Sports Rising Star says that she honed her skills throughout primary school and eventually made a name for herself in the sport by the time she left her alma mata the Wills Strathmore Stevens School.

In 2019, when the opportunity presented itself, Kalie joined the Dominica Football Association (DFA) growing women's football programme, which she revealed solidified her decision that she was in the right sport.

The athlete who says that she has always dreamt of one day representing Dominica in a foreign country had the opportunity to do so, about two weeks ago, when she and her teammates participated in the Jewel of the Caribbean Girls U-15 football tournament in Antigua.

Growing up in the community of Marigot, the nature lover who enjoys fishing said that she used the game as a means of escaping whatever situation or struggle she faced.

According to the sports star, a big part of her motivation is to honour all those who have supported her, including her family members, teammates and coach.

The teen went on to encourage upcoming athletes who wish to follow in her footsteps, to never limit themselves and take as many chances as possible as sports can assist in more ways than imaginable.

As for the future, this sports rising star plans to improve her abilities on the field to one day etch her name in the record book and to make a name for Dominica where football is concerned.

The future paediatrician is also hoping to play among the big leagues locally, regionally and internationally and later down become a coach to a local team