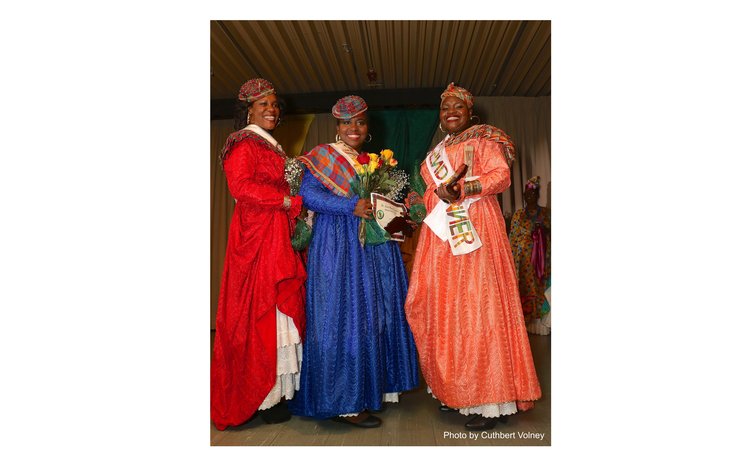 The annual event hosted by the St. Lucia Toronto Association (SLTA) and the Commonwealth of Dominica, Ontario Association (CDOA) is Toronto's premiere event which opens Creole Month in Canada.

The participants made three appearances, the most popular being the Wob Dwiyet round in plain lace Wob Dwiyets designed by Ceclia Philogene of New Jersey. The talent round saw a variety of performances including Creole skits from St. Lucia, Bélé from Dominica and a broad display of singing talent from both islands.

In what was a very tight race, St. Lucia's Sharlene Jn Baptiste took top prize with Dominica's Sheryl Barnett and Dianne James coming in second and third respectively. Sheryl Barnett took the Best Talent Award with a dramatic piece on moving to Canada from Dominica and the winner, Sharlene Jn Baptiste took the Best in Wob Award, which carried the most points.

The show attracted dignitaries including former MPP Zanana Akanda, whose roots are from St. Lucia and Hon. Justice Dr. Irving Andre from Dominica who sashed the winner.

The CDOA and the SLTA Associations have a history of collaboration, having been part of Toronto's first Jounen Kweyol celebration and more recently in hosting Cardinal Felix' visit to Toronto. They are currently heavily involved in the relief effort for Haiti in Canada, being co-chaired by Dominica's Trade and Investment Commissioner, Frances Delsol

Next year's event is slated to once again open Creole Month in Toronto on October 7, 2017.