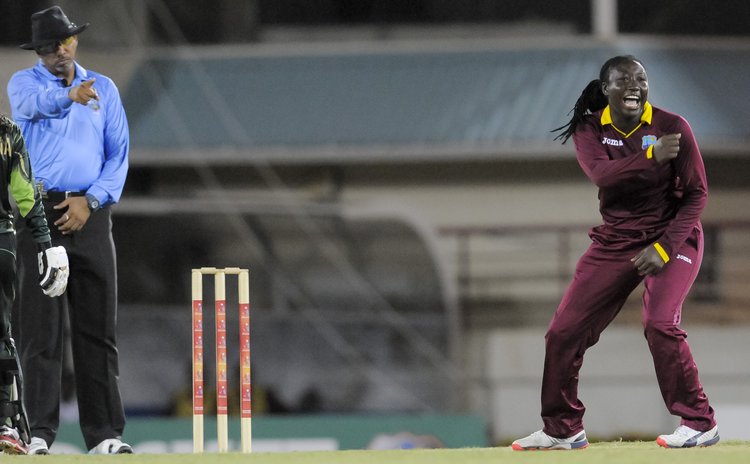 GROS-ISLET, St. Lucia – West Indies Women's captain Stafanie Taylor spoke to WICB Media after her notable, all-round performance led her side to a convincing, 109-run victory in the third One-day International against Pakistan Women on Wednesday at the Beausejour Cricket Ground here.

Taylor struck half-dozen boundaries in an unbeaten 98 from 117 balls to propel the Windies Women to 281 for five from their allocation of 50 overs, after they were sent in to bat.

She shared 130 for the fourth-wicket with former captain Merissa Aguilleira before putting on 75 for the fifth wicket with left-hander Kyshona Knight.

Aguilleira supported with eight fours in 68 from 91 balls and Knight collected five fours in 45 from 40 balls, as the home team recovered from a shaky 57 for three in the 11th over.

Taylor returned to be the pick of the Windies Women's bowlers, grabbing 3-26 from her allotted 10 overs with her steady off-spin bowling, as Pakistan Women were restricted to 172 for nine in their 50 overs.

Fast bowler Shamilia Connell and part-time off-spinner Hayley Matthews grabbed two wickets apiece, as the diminutive Javeria Khan led the way for the Pakistanis with an unbeaten 73 from 127 balls that included three fours, but none of the visitors' other batters reached 20.

The win gave the hosts a 2-1 lead in the four-match ODI series and two more ICC Women's Championship points, moving them to 14 and keeping them second, within two points of leaders Australia at the top of the table.