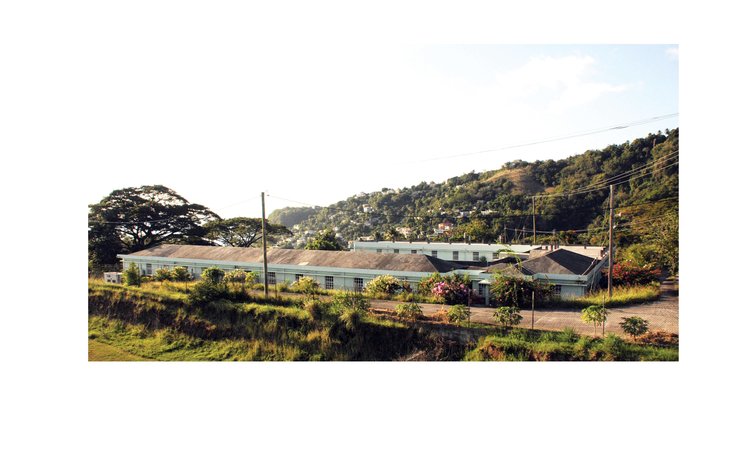 Building of the Bureau of Standards at Stock Farm

Dominica's Centre of Testing Excellence (NCTE) laboratory of the Dominica Bureau of Standards (DBOS) located at Stock Farm is in trouble. Serious trouble.

From January 2017, employees have been working from their homes because the building housing the Bureau is unhealthy; secondly, the DBOS cannot pay its bills.

The financial situation at the DBOS is so dire that for months now it has been 'ducking' it's local, regional and even international clients, who have been calling incessantly to have the Bureau settle its debt, according to a well-placed source who requested anonymity to discuss internal matters.

To emphasise the gravity of the institution's financial problems, the source said the Bureau has goods for its new laboratories sitting on the Port for months; the broker, who cleared the goods, cannot get paid and the regional company the Bureau bought from wants its money.

More recently, the institution had to vacate a house it had rented on Goodwill's main road, due to its inability to pay its rent.

On January 9th 2017, members of staff, about 16, were advised to work at home; they have been at home for three months because the building was unhealthy.

"From roof leakage, poorly constructed ventilation and laboratory exhaust systems, poor design to a laundry list of infrastructural defects that required costly repairs, to name a few, ' the source said. "The building has become a throbbing headache to both the government and the management of the DBOS leaving some to wonder why the building was accepted in such a poor state."

In addition, the building is so heavily polluted with unidentified and microbial fumes that many members of staff were getting unexplained symptoms and had to be granted sick leave, some for extended periods.

The Environmental Health Department has checked the building and has deemed it unfit, the source said.

"It had to be evacuated immediately. Members of staff of the DBOS have been roaming ever since culminating with their latest position of being told that they should work at home until further notice," the source said. "They were also told that their entering the building to do any work-related activity is at their own risk as the Bureau has no money to compensate their medical bills".

Dr Steve John, the Director, told the SUN that work on the building is ongoing.

"We are upgrading the facility. The roof is concrete and it's leaking; we are trying to seal it; it has developed molds because of the leakage and we don't want to expose people to the mold," he said.

He did not comment on the situation regarding the staff being sent home.

"I am in there every day," he said, adding "We need expert advice to deal with the matter and we don't have that available here in Dominica. The mold is an issue and it can have an effect on people's health. We have to meet international standards and the integrity of the NCTE cannot be compromised."

From reports that the Sun obtained the cost of refurbishing the building includes the roof structure-$242,000; the enhancement of the internal security systems for the building- $248,602.50; design drawing for NTCE administrative block- $90,000.