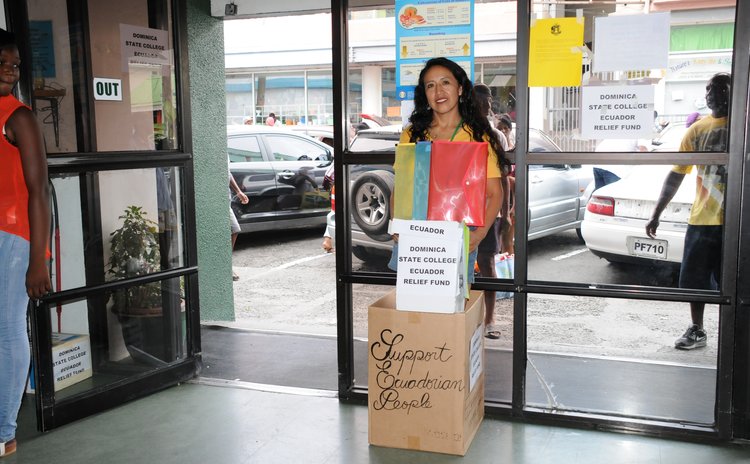 Students of the Dominica State College (DSC) raised more than $10, 000 for the people of Ecuador who were affected when their country was hit by a 7.8 magnitude earthquake on April 18.

As of November 9, 2015 thirty-five Ecuadorian students had been enrolled at DSC where they are taking classes so that they can teach the English language when they return to Ecuador.

She stated that the students of the college were also asked to bring dry food products and bottled water.

"The students attend school here and most of them are from the region that was devastated they were not personally affected but they had friends, family, business places that were affected," said Bowers.