State hotels: will they compete with private sector hotels 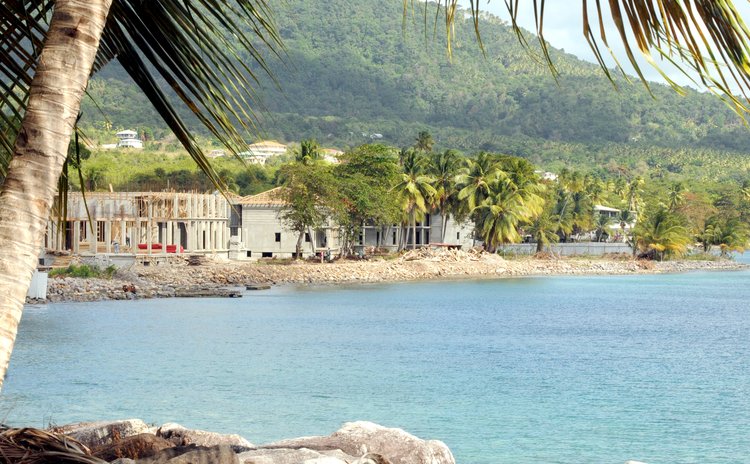 It has generated howls of pleasure from deep within the bosom of the ruling caste and, in this case, the choir is led by the tourism minister.

"This is a first for Dominica," says a preening Ian Douglas, the piousness palpable.

It's in relations to the construction of the sixty-eight room luxury hotel - reward for the administration's belly dancing with Morocco - appetizingly placed on the north shoreline of Prince Rupert Bay. The Cabrits Hotel and Spa is meant to be the country's flagship property, but it stands as a concrete sign of the Roosevelt Skerrit administration dabbling into areas that's virtually the reserve of the private sector.

For local hoteliers who place their investments at risk – and many of them loss-making – this might seem like a brutal and unforgiving strike at the hands of Morpheus. But to Douglas, it's laying the foundation for something grand.

"That is a first for Dominica that a government would invest in the construction of a hotel because we recognize the need to do that. We feel that the country needs the high quality export ready rooms if we are to compete. The treasury of Dominica doesn't have the funding to construct the hotel. The hotel is constructed because of the maverick diplomatic relations that the prime minister (is pursing) that we are able to obtain a gift of the hotel from Morocco," the minister told The Sun in a recent interview.

Despite the scarcity of funds, the government is on a drive to increase the number of export ready rooms, Douglas asserted, making particular mention of plans to construct a new hotel on the outskirts of the capital.

However, the hotelier, Gregor Nassief, doesn't think this is the way to go, suggesting that the government ought to establish the enabling environment and allow private sector to take the risk.

"I would prefer to see a real private-public sector partnership to increase demand for the destination and to create an enabling environment for investment. And then to allow the private sector themselves to invest and build up the accommodation in and around Roseau both from a quality and quantity perspective. With occupancies in the Roseau area averaging 50 per cent, putting 150 or 200 additional rooms on the market is not necessarily the right approach in my view," Nassief stated in an interview published recently in The Sun.

For the tourism minister, it's about having the necessary plant as his ministry attempts to reach its goal of attracting 90,000 tourists by the end of next year. It has nothing to do with the government competing with private sector, he argues.

"I don't think so, I think it's a two-prong approach," he told The Sun. "Yes, we have to make the sure environment is right for the construction of the hotels but we have to make sure we have the plant in place. That is why, thru friendly governments, we have built the hotel."