State of Emergency declared in Ferguson after gun battle between police, protesters 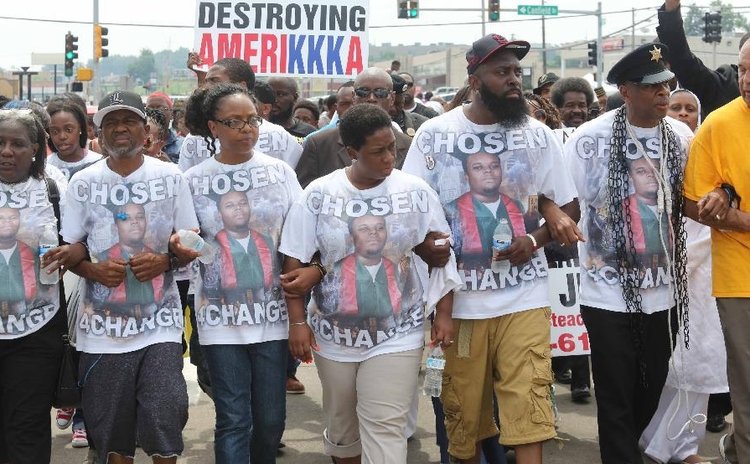 FERGUSON, the United States, Aug. 10 (Xinhua) -- A state of emergency has been declared for the city of Ferguson on Monday following gun battle between police and protesters Sunday night marking the anniversary of Michael Brown's death.

"In light of last night's violence and unrest in the city of Ferguson, and the potential for harm to persons and property, I am exercising my authority as county executive to issue a state of emergency effective immediately," Stenger said in a statement.

"The recent acts of violence will not be tolerated in a community that has worked so tirelessly over the last year to rebuild and become stronger," Stenger added.

The scene overnight was chaotic as police reported some 20 minutes of shooting, when people dropped to the ground to avoid flying bullets, and sprinted to cover behind cars on the streets.

Police have identified one of the alleged combatants as 18-year- old Tyrone Harris Jr., who was shot by police during the fray Sunday night, saying he is in critical condition.

Harris was charged with four counts of felony assault on a law enforcement officer by the county prosecutors, shortly before the announcement of state emergency.

However, his father, Tyrone Harris Sr., said his son is innocent, and was unarmed, according to U.S. media.

On Sunday, a group of 600 people stood in silence for four and a half minutes at the Michael Brown memorial in Ferguson, Missouri, to commemorate the slaying of the 18-year-old black young man by a white police officer exactly a year ago.

After the shooting, the situation is tense around Ferguson, but the protests are expected to continue Monday night.

A new Gallup poll found that only 47 percent of the Americans surveyed regard relations between blacks and whites as at least " somewhat good," declining sharply from 70 percent in 2013.