Statement by Ambassador Felix Gregoire: "I am not daunted by threats and criticisms" 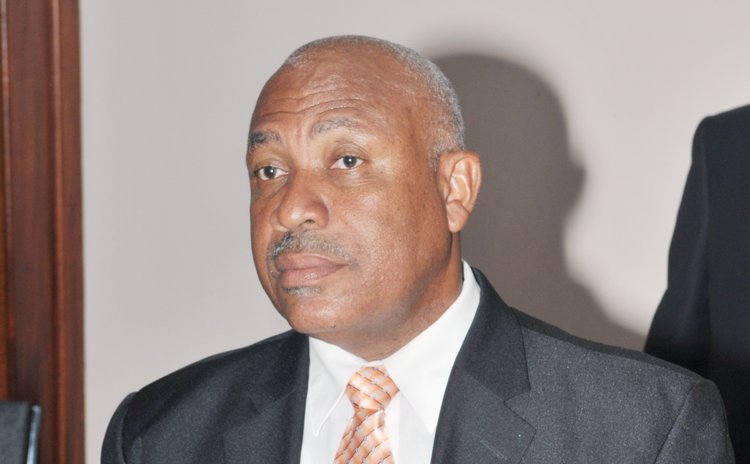 On August 21, 2018 I released a statement on the Ross University pull out, which was intended to make Dominicans reflect on the issue in a sober minded manner. Some took me to task in the most vile manner. Little do they know that my grandmother had convinced me at an early age that those who criticize me are not better than me.

There are two things that no one can ever take away from me. They are my education and my achievements in life. With the help of God, parents, teachers, friends and the Governments of Dominica and Canada, I received an education that guided me through a career leading to the top of the Public Service. During that journey I served the Freedom Party Government, the United Workers Party Government and the Labour Party Government. I served every administration to the best of my ability and encouraged those who worked with me to do the same.

I have always looked at and for the brighter side of life and do not rejoice at others misfortune. I have successfully negotiated many settlements in the interest of my country and the persons involved. So, I am not daunted by threats and criticisms, and I will continue to say my piece whenever I am inspired by the Almighty to do so. I have friends who remain quiet when they could make a difference, for fear of being criticized. My advice to them has always been "no one is perfect". The Bible is full of stories that we can take example of.

I have great faith in Dominicans, but that faith I must confess was dented while walking the streets of Roseau days after Hurricane Maria. I never thought that some Dominicans would engage in such looting and destruction of property after so much devastation in our beloved country.

Unfortunately, those persons are the product of our society, and they are still around waiting for the next opportunity. So we have a responsibility to do what we can to promote peace in our country.

The peace that we strive for is being eroded in many ways and the social media is playing its ugly part. It cannot be fair for persons using all forms of fake names to be allowed to malign and vilify other persons who have a different view from them. I discussed this very matter with the owner of Dominica News Online a few years ago. I did not study journalism but there are basic things in life that even preschoolers are aware of. We have been taught that there are two sides to a story; you are innocent until proven guilty; look before you leap; when in doubt remain silent; remain silent when you are angry; and you should never attempt to steal a person's good name.

I could say many things about the persons who maliciously attacked me because of my position on the Ross University matter, but that would not resolve anything. Dominicans would be surprised to know the true identity of the persons behind the fake names. I will not waste my time on such idle people. However, persons who boast that they are my friends but try to denigrate me in the media without making any attempt to approach me personally on the issue at hand are definitely cowards of the highest order. I know who my friends are.

I hold no grudge against the persons who vilified me, nor those who will continue to vilify me; because vengeance is not mine. However, I maintain that I said nothing wrong in my statement of August 21, 2018. We must think as Statesmen as we seek solutions to our problems. We were taught to solve our problems without violence, because there is only one place for persons who settle disagreements with bullets, sticks and stones etc.

The majority of Dominicans want to live in peace, and the prayers of all those who have made the welfare of Dominica their business are being answered on a daily basis. So let us all continue to pray and do something for peace and progress to reign in our beloved Dominica.