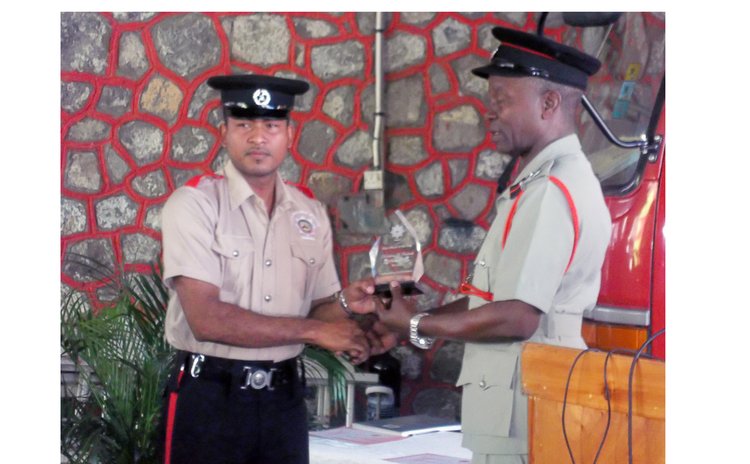 J. Astaphan and Company Limited have donated IPad Minis as and LIME Dominica gave Alcatel One Touch Tablets as prizes for the first and second places in the competition.

Speaking at a press conference at the Fort Young Hotel on Tuesday, Public Relations Officer of CSD Michele Henderson-Delsol stated: "We consider the youth to be very vital group in crime solving, crime affects them considerably. We considered the fact that we should target the young people in our society and get them involved and get them on board with Crime Stoppers."

Primary and secondary schools students are to participate in the competition in various categories such as: essay writing, poetry, art, jingle creation and short story writing.

"Each of these categories some of them are going to be open to both primary and secondary schools and some of them to one or the other," said Henderson-Delsol.

She added: "A poem can be written under the theme: Ways in Which Youth Can Help Prevent Crime that applies to the primary and high schools. For the art category, you have to interpret the theme; Effects of Crime on My Community and How We Can Help Keep It Safe; for the jingle, also open to primary and high school students, will produce a short jingle not more than one minute using either of the themes that I have described."

Henderson continued: "The short story is open to the primary school students, so a 150-word a story (should be written) about an incident where one or more individuals used Crime Stoppers help solve or prevent a crime; it should be a fictional story of course. Essay writing is open to the high school students; it will also be separated from First Form to Third Form. It's a 500 word essay on How Crime Stoppers Can Contribute to a Safer Society and Forms Four to Five will also write a 500-word essay on The Effects of Crime in Their Community and How They Can Help to Keep It Safe."

Meanwhile, Permanent Secretary of the Ministry of Justice, Immigration and National Security Gerald Jean Jacques stated that the ministry embraces the cooperation of Crime Stoppers in aiding the Police Force in solving crimes.

"Therefore, being here right now is not just support for the initiative but also a way of publically thanking Crime Stoppers for its contribution for building a more secure and safe Dominica," stated Jean Jacques. "We believe that security doesn't come solely through the construction of police stations or acquiring vehicles but is also a people matter, people have to be involved so they can seem secure and that why Crime Stoppers to us is a great idea."