Let's Build a Culture of Readiness and Safety 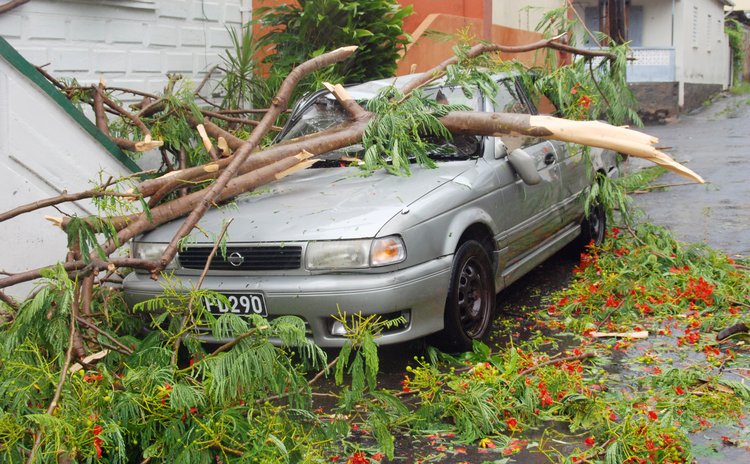 Dominica is part of the Caribbean developing states similar in population settlement that see populations reside for the most part along relatively low-lying coastal areas but also in valley plains and on steep slopes. These populations' centers and the associated infrastructure and economic activities including agriculture are highly vulnerable to the impacts of both natural and technological hazards. Dominica like other member States of the Caribbean continue to experience a number of repeated losses from tropical weather systems including hurricanes and their associated effects, flooding, landslides, wind damage but is also very vulnerable to volcanic activity (the island is known to have at least 10 volcanic centers) and to earthquakes. Concerns as it relates to the vulnerability of the region to climate change also mean that Dominica is likely to be affected by increasing climate variability, more ( intense hurricanes, unseasonal flash floods, droughts) that will result in damage to various infrastructure including water resources, roads, ecosystems, human settlements, agricultural systems, coastal resources, tourism infrastructure and human health. In addition to natural hazards, Dominica is also susceptible to a number of technological hazards. These include large-scale fires, oil and chemical spills, aircraft accidents, accidents involving the transportation of toxic and hazardous waste material on land and sea, large-scale marine and on land transportation accidents.

In that context Dominica together with other Caribbean States that make up the Caribbean Disaster Emergency Management Agency (CDEMA) being cognizant of the regions hazardous landscape in 2001, influenced the Caribbean Community (CARICOM) through broad-based stakeholder consultations to adopt a Strategy and Results Framework for Comprehensive Disaster Management (CDM). In 2006, the CDM Strategy was reviewed and reshaped to emphasize disaster loss reduction through risk management, and to follow a more Programme Based Approach (PBA) with an emphasis on Results Based Management (RBM). The Enhanced CDM Strategy and Programming Framework 2007-2012 has been extended now to 2016 and beyond and articulates four priority outcomes to be advanced over the period of the framework. These outcomes focus on (i) regional and national institutional capacity building; (ii) CDM Knowledge management; (iii) mainstreaming Disaster Risk Management at national and sectoral levels and (iv) Building community resilience.

In follow-up articles the focus will be on Disaster Risk Management at the national and sectoral levels and at building community resilience – particularly as we advance into the 2013 Hurricane Season. The emphasis will be on building a culture of readiness and safety.

In the interim we welcome comments and feedback and to encourage volunteerism in that regard please feel free to contact us at 448 8831; email odm@dominica.gov.dm; website odm.gov.dm.

Remember : Planning to Plan is not a Plan

(Prepared by the Office of Disaster Management FORUM.)