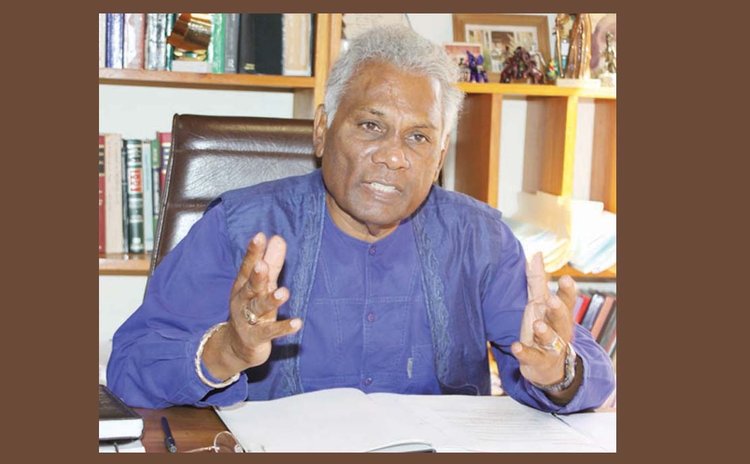 If the Prime Minister, Roosevelt Skerrit, were to concoct some sort of potion that would help him see through the hearts and minds of his government's legal team he would discover some sobering revelations: they are unhappy, very unhappy, about the entire affair surrounding the incitement charges brought against members of the opposition.

The language used to describe their feelings towards the decision to charge the United Workers Party (UWP) leader Lennox Linton and some of his team is telling. Despotic, dictatorial, banana republic.

"If Lennox Linton has a criminal conviction he cannot be a member of parliament [and that is what they want]," one government lawyer said.

In addition, one person told The Sun, there's a lot of angst over the decision to hire Trinidadian senior counsel Israel Khan, along with his son Daniel, and Ula Nathai Lutchman, to prosecute the case.

"The DPP [Evalina Baptiste, the director of public prosecutions] did not have a say in the decision. It was decided [by the government] and she was told. The DPP is the one with the constitutional right to prosecute cases and only she can decide if she needs help to prosecute a matter on behalf of the state," said one attorney who spoke to The Sun on condition of anonymity because of the position the person holds.

Citing a Privy Council ruling of 2014, in a case between Antigua's commissioner of police and another officer versus Stedroy Benjamin, the attorney conceded that the police were within their rights to bring the charges, but insisted that Baptiste ought to drop them.

"Ask her why she should not drop the charges," the person told The Sun.

A message to the DPP seeking comment and an explanation of the process of determining that Khan would prosecute the case was not acknowledged.

However, Justin Simon, the former attorney general of Antigua, and one of three lawyers representing the UWP's deputy leader Joshua Francis in the matter, told The Sun the police handle summary prosecutions, while the DPP handles indictable matters.

"The police are to act independently, but can and should seek advice from the DPP, which it would be in their best interest to follow, given the fact that they are not legal experts," he told The Sun

Stressing that he was speaking from the Antigua and Barbuda perspective, Simon also cited the Privy Council case of 2014, in which the London-based court ruled that the DPP did not have a general power to prevent the police from instituting criminal proceedings.

The issue dated back to 2008 when the DPP at the time tried to force the police from laying any charge against Benjamin over the countersigning of a photograph for a passport. The passport had been found in the possession of Jamaican Shane Allen, and the photograph in it was a likeness of him. But the passport was in the name of Tyrel Dusty Brann, an Antiguan who had died several months earlier.

Benjamin had certified that the photograph was of Brann and that he had known Brann for two years. He later explained that he had made the statements on the application form at the request of Brann's mother; that he knew her well and trusted her; and that she had represented to him, and he had believed, that the statements which he made at her request were true.

"Before an indictable matter is sent up to the High Court criminal division for trial, you must conduct a preliminary inquiry, or a paper committal to establish a prima facie case. In Antigua, the DPP is in charge of that process, although it is conducted by the police," Simon told The Sun.

"Under the Constitution, the DPP has the final say on all prosecutions, and can discontinue any matter, whether summary or indictable."

He said it was "strange" that the police would engage the services of an overseas lawyer to handle their prosecution of a summary matter without seeking the advice or opinion of the DPP.

The charges against the UWP members stem from a disturbance in February 2017, hours after the party held a meeting demanding the prime minister's resignation over the handling of the sale of the country's passports.

Skerrit had claimed that Linton had planned a coup, although a probe by a team of investigators which government brought from Jamaica found the claim to be baseless.

The case has had its share of controversy, including a decision by the magistrate, Asquith Riviere, to suddenly bring the hearing forward from March 2019 to 22 November 2018, much to the chagrin of the defence.

"A date having been fixed agreeable to both sides, how can that date be changed, particularly brought forward, without consultation with the defence? Particularly, when the police were to disclose certain information by order of the court, and nothing had yet been disclosed - in fact the date was post the new hearing date. Is somebody mad? Or, under immense pressure?" Simon asked.