"Strengthening Our Commitment to Nation Building"

Message from His Excellency Charles A. Savarin, DAH, President of the Commonwealth of Dominica, on the occasion of the celebration of the 38th Anniversary of Independence – 2016 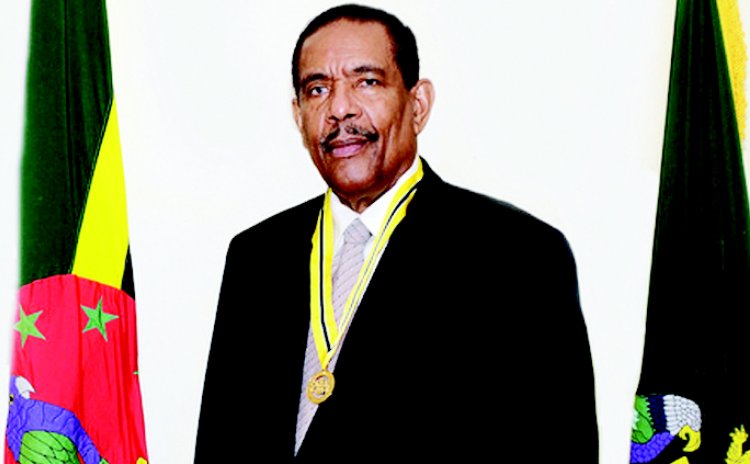 On this the occasion of the celebration of the 38th Anniversary of our Independence, we cannot help but look back at where we were last year around this time and take stock of what we have achieved in one year, as we lift our hearts, hands and voices in thanksgiving to Almighty God for His bountiful blessings and steadfast love.

Last year at this time, all of our efforts and attention were focused on facing up to and dealing with the magnitude of the devastation caused by Tropical Storm Erika on the 27th of August. This devastation was very evident throughout our beloved Dominica more particularly, in Petite Savanne and Dubique where upward of 30 people had lost their lives and the two villages had to be evacuated and later declared unsafe to return to. We were fully cognizant of the fact that it would take a tremendous effort on our part and the support of our regional partners and the international community to enable us to recover from this great calamity which had befallen our people and our country, and to return the lives of our fellow citizens who were severely affected, to a semblance of normalcy.

A number of Government projects and programs had to be put on hold and the hosting of national events to mark the 37th Anniversary of Independence had to be cancelled, including the World Creole Music Festival, Creole in the Park, sporting and cultural events, etc. With a firm belief in God's grace and beneficence, doubts and uncertainties were replaced with hope, optimism, and that indomitable Dominican spirit of coming together in times of adversity which resulted in the tremendous progress we have made in so short a space of time since Erika. The country was cleaned up and cleared of debris in record time; electric power and telecom services were restored in most communities in a matter of days; communication by road was restored and within weeks a number of Bailey Bridges were erected along the West Coast and across the Boetica Gorge, to reconnect the villages of Delices and Boetica to the rest of the island; the Douglas-Charles Airport was reopened for flights in record time; and in a matter of weeks a sense of normalcy had been created for most people to go about their daily business, although some communities are still experiencing difficulty with their water supply. Currently, the 152 displaced residents of Dubique have been resettled in their new homes in Centre, Grand Bay, with all public utilities available to them. Government is also in the process of developing a new housing area in Bellevue Chopin for the displaced residents of Petite Savanne. These resettlements have been made possible through the donation of 300 Petro Casas by the Government of the Bolivarian Republic of Venezuela. Additionally, the several initiatives which were ongoing to boost and expand the agriculture, fisheries and tourism sectors have continued, thanks to the significant outpouring of support from the regional and international community.

My fellow citizens and residents, notwithstanding the great strides we have made in the aftermath of Erika, we cannot be complacent as there is still a lot of work to be done to recover fully from the impact of Tropical Storm Erika and to rebuild a better and stronger Dominica. The theme chosen for the celebration of this year's Independence, "strengthening Our Commitment to Nation Building," reminds us that to succeed in this national endeavour we must, whether at home or abroad, put aside all petty differences between us and adopt those positive attributes of patriotism, love and respect for each other and for country, and dedication to hard work. The theme also requires us to come together to build on our accomplishments and to look to the future with great optimism.

In my 2015 Independence Day Message, I made mention of the President's Charities Foundation (Erika) Relief Fund which was launched to help provide medium term relief and comfort to the families, more particularly school children, who resided in two of the worst affected communities on the West Coast, namely Colihaut and Coulibistrie, and the appointment of a special subcommittee mandated to solicit financial support from partners and business associates locally and overseas. I am happy to report that to date, the Erika Relief Fund Subcommittee of the President's Charities Foundation has raised EC$205,818.52, and has disbursed EC$60,000.00 to the Ministry of Education for the construction of a multipurpose hardcourt at the Coulibistrie Primary School and $104,466.00 for purchasing and installing of doors and windows, and sourcing items of school furniture from China, for the Colihaut Primary School, in addition some 58 gallons of Sissons Paint donated by Ansa Coatings Ltd. of Trinidad has been handed over to the Ministry for the repainting of affected schools. It is also the intention of the President's Charities Foundation to make a contribution to the Grotto Home and the Operation Youth Quake by the end of November 2016 and thereafter to dissolve the Subcommittee as it would have discharged its mandate. I wish to take this opportunity to thank the contributors to the Fund, and to similarly thank the members of the Subcommittee for their efforts, hard work, commitment and dedication to their task.

As we celebrate the 38th year of our Independence we must give thanks to God for having spared us from the ravages of Hurricane Mathew which has had such a devastating effect on The Bahamas and more particularly Haiti, where some 1000 persons are estimated to have lost their lives. Let us remember them in our prayers and support efforts in whatever way we can, to bring much needed comfort and relief to the people of Haiti and The Bahamas. It is my sincere hope that in the wake of two catastrophic disasters within 6 years, the international effort will not be limited to post Hurricane Mathew recovery in the case of Haiti, but will seek to ensure that Haiti achieves the Sustainable Development Goals, SDGs, by the target date of 2030.

We must as a people and Government continue to seek God's guidance and wisdom to face the many challenges that lie ahead in our effort to rebuild our beloved country better and stronger.

My wife and I wish to take this opportunity to extend to each citizen and resident of this Nature Isle our very best wishes for an enjoyable 38th Anniversary of Independence.

May God continue to bless us and keep us in His grace and peace.