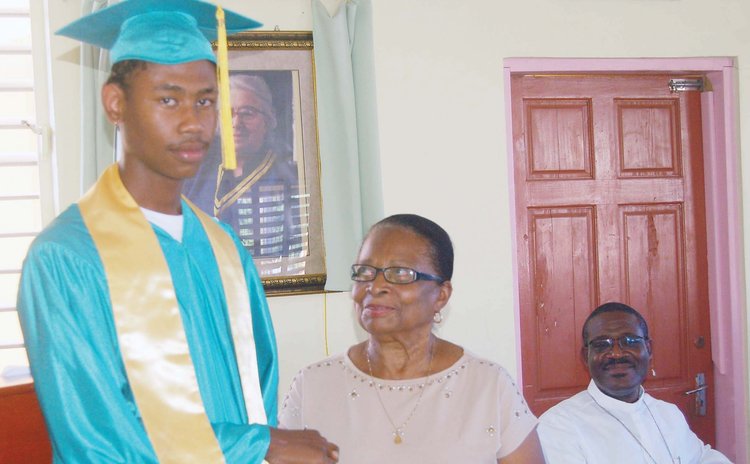 Delivering the feature address to the Class of 2018 on the theme Building Resilient for the Future Mrs. Grant-Massicotte stated that "resilience" was much more than building stronger.

"It is succeeding after surviving, like doing much more with your education after you get it," she said.

She told the gathering including parents, relatives and friends of the ASTP, staff and directors of the Social Centre and tutors on Tuesday November 27, 2018 that "resilience is basically my best friend."

She went on to tell her listeners that when she was 17 years she was diagnosed with lupus – a chronic anti-immune disease in which your immune system attacks your body. The hospital became her second home as the disease came with a whole set of other conditions including pain. She can't remember what it was to be without pain.

The first thing she had to do to survive was to find God. She was a Christian going to church all her life but it was not until the point of dying that she developed a relationship with God. People with the disease were dying. She decided she was going to be like Job.

"I chose to live life to the fullest," she said.

The graduation programme began under the chairmanship of Woodwork Tutor Lionel Lowe with the first order of business being the graduation entrance walk to instrumental music.

His Lordship Bishop Gabriel Malzaire led the devotion followed by welcome remarks from Norma Cyrille, Coordinator, Social Centre. She stated that she was proud of her staff for persevering in the wake of the damage of Hurricane Maria, and proud of the participants for being a great group.

She added that kindermissionswerk of Germany, UNICEF represented by Anderson Parillon and Social Centre allowed the students to attend the programme at very little cost.