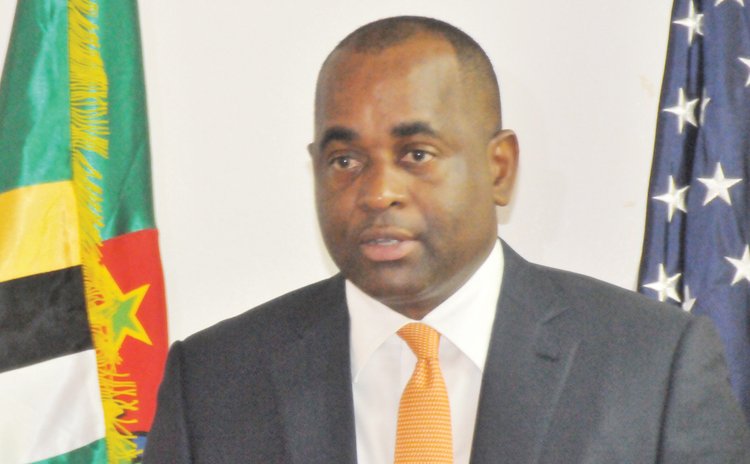 This photo shows PM Skerrit in 2015

There have been a lot of controversial statements from Dominica's Prime Minister Roosevelt Skerrit, like the time he stated publicly, "it's none of their dam business where I'm getting my money from," or "my government is the most transparent government in the western hemisphere", but his most recent response to an appeal from one of the students studying in Cuba, most people will agree, certainly is among the top.

During one of his recent Annou Pale programmes, the Prime Minister read a comment from a student which said "is it possible to increase the stipends of Dominican students studying in Cuba, we are really suffering?"

Seemingly annoyed at the questions, Skerrit went on a nearly five-minute rant, immediately responding: "I don't believe you're really suffering; I mean give me a break, I don't know why you guys like to complain like this."

One of the recommendations he proposed to remedy their situation is taking one of the Government's low-interest loans at the AID Bank and "have your lavie bon ta (good life)."

Skerrit said Dominica was once a place filled with gossip, but the nation has now moved into a "complaining industry," instead of being grateful as a Christian nation for the opportunities this country has given to us.

"The Lord said He will provide, so if is two fish you have then is the Lord that gives it to you, He thinks that you're okay for now with two fish so thank Him for that and maybe tomorrow morning He will give you five, but if you cursing the candle in darkness then what do you expect," he said.

Prime Minister said he has a lot to complain about but he doesn't, as he believes in finding a solution as opposed to crying over spilt milk.

Towards the end of his admonishment, Skerrit announced that there will be a slight increase in the stipend, but went on to add insult to injury by inserting, "but you guys come back to Dominica and you look like people who were vacationing in Hawaii and eating five meals a day. I don't see you struggling in Cuba."

In response, one of the students in Cuba who spoke exclusively to the Sun labelled the comments from the Prime Minister as "extremely disrespectful and heartless."

The student, who requested anonymity due to fear of victimization, said while many of them are grateful for the opportunity to study abroad, life hasn't been a bed of roses.

"Contrary to what the PM said about us returning as we came from a vacation that's far from the truth," the student said. "Many of us are really struggling to get by because most come from a poor or middle-class family, who are not able to send us money while we're here so we rely heavily on the government stipend which I can tell you is breadcrumbs."

The student is also alleging that on several occasions, the Government has not upheld its commitment and would not send the funds, with no explanations.

Earlier this year, the government announced that a new structure to meet the needs of the students who are studying abroad has been developed.

When questioned on whether any successes have come from the establishment of this unit, the response was a resounding "absolutely not!"

"The government makes certain announcements most times simply to look good but never really put in place what they promise. On most occasions, we call the Ministry of Education, the Office of the Prime Minister, the Ministry of Foreign Affairs but it's always a run around when it comes to providing the students with assistance," the source said.

Responding to Skerrit's pronouncement that there will be a slight increase on the stipend for those studying in Cuba, the source said: "If it comes then great; if it doesn't then we won't be surprised. We've been promised so much for so long that we're not surprised anymore."