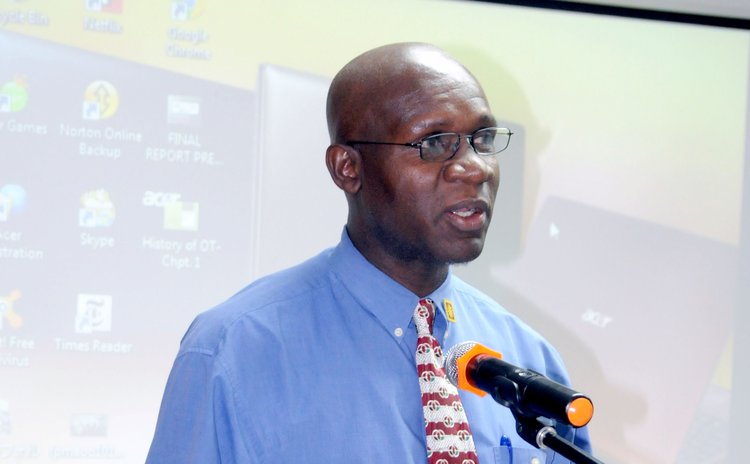 The figures are shocking, frightening, tragic, even.

The number of Dominicans who give up on life paint a startling picture of despair, desperation and despondency.

An astonishing two Dominicans try to kill themselves every week, according to the government psychiatrist, Dr Griffin Benjamin. That's over 100 people who attempt suicide each year, Dr. Benjamin told The Sun.

"Those figures are based on the referrals," he said, explaining that persons who attempt suicide and who are admitted to the medical ward of the Princess Margaret Hospital (PMH), are referred to the psychiatric department for assessment and counselling.

If the risk is low, he said, they are released within 48 hours, however if it's determined that the risk is high, they are kept in the psychiatric ward for treatment.

In its first report on suicide prevention published in September 2014, the World Health Organization (WHO) estimated that Dominica and the rest of the Americas have the lowest suicide rates among all of its regions. However, based on 2012 figures – the most recent year for which statistics are available – Guyana recorded the highest estimated suicide rate globally, with Suriname the sixth highest.

"[In Dominica)] we are more homicidal than suicidal," Dr. Benjamin told The Sun in an exclusive interview.

The psychiatrist explained that mental illness, not economic factors, is the primary reason Dominicans attempt to end their lives.

"It's because they suffer from major depressive illness. That number is significant because as many as six to 10 per cent of the population are diagnosed with a depressive illness," he revealed. "Suicide is one of the most alarming symptoms."

In addition, as many as one in 10 Dominicans suffer with schizophrenia, with bipolar disorder "quite common also". And there's substance abuse, he added.

In addition to teenagers, children going through adolescence are also among those who attempt to end their lives.

"They don't know who they are, their hormones are speaking to them, and as moral and family break down, they are confused, they don't know what to do. So these hormonal changes that happen also induce children to take risks, and [commit] deliberate self-harm. Children suffer much more from psychiatric behaviour than a lot of people realise."

Dr. Benjamin could not provide the ages of the people who attempt, or commit, suicide – but he said elderly people who are left alone without support, particularly those who lost a long-time partner, "might try to find another way to go faster".

However, the WHO, in its suicide prevention report, said suicide rates in Dominica and the rest of the Americas "show a first peak among the young, remain at the same level for other age groups and rise again in elderly men." Globally, the rate is highest among people over the age of 70, the report said.

According to the WHO, some 75 per cent of suicides occur in low- and middle-income countries. And with Dominica's socio-economic condition in a state of depression, it could be expected that a majority of those who attempt suicide here do so for economic reasons.

However, Dr. Benjamin told The Sun that while this is the case in the developed world, " I haven't seen these situations in Dominica."

"People seem to survive without jobs in Dominica," he said.

In Dominica, four of the over 100 who attempt suicide each year succeed in taking their lives (Dr. Benjamin revised the figures upwards from the numbers shared with The Sun last week after verifying the information with the police).

These numbers seem small when compared to Japan where 29,442 people committed suicide in 2012. Still, the numbers are disconcerting, alarming, tragic, even.