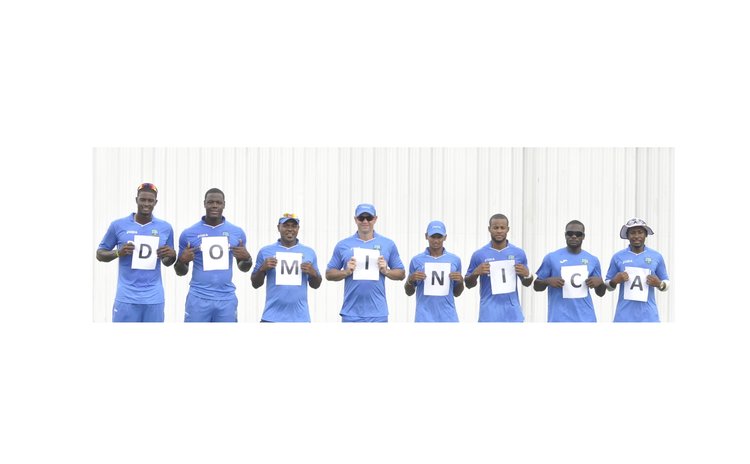 BRIDGETOWN, Barbados – Supporters now have three great incentives to attend and give generously during the Twenty20 charity match on Saturday here, in aid of the Dominica Disaster Relief Fund.

Virgin Atlantic will give fly a lucky supporter to London free and Jet Blue will take another fortunate supporter to one of two American cities of Boston or New York.

"We are grateful for the support of our commercial partners that have graciously agreed to be part of this fund-raising effort," said Commercial Manager of the WICB Nelecia Yeates. "They have all contributed in some measure and were all quite prepared to give to make it a success.

Fortunate spectators could walk away with tickets for international matches of the Brazil men's national football team and a chance-of-a-lifetime to get up close and personal with members of the Seleçao squad during a training session.

The Brazilians face Peru four days later in another FIFA World Cup 2018 Qualifier in Salvador, Brazil, and the winners of this prize will collect two VIP tickets to the match.

"We hope that the giveaways will encourage West Indies cricket fans, especially in Barbados, to get behind the effort and help raise money for the Dominica Disaster Relief Fund to help the people and families who have lost their homes and, in some instances, their livelihoods," said Yeates.

Admission to the match is US $10 for adults and US $5 for children under the age of 12, with all money going directly to the Dominica Government to assist with recovery efforts in the island which suffered severe damage to property and loss of life from the passage of Tropical Storm Erika, and continues to be affected by heavy rainfall in the last few days.

The match which is being organised by the WICB in partnership with the University of the West Indies will feature a WICB President's Celebrity XI and the UWI Vice Chancellor's Celebrity XI. First ball at Kensington Oval is 7 p.m.

Each side is expected to field half-dozen current players from the West Indies team currently preparing for next month's Tour of Sri Lanka and a number of celebrity players.

Bucket collections will also be made around the stadium for the fixture which the organisers hope will attract a capacity crowd and help to raise US $1 million.

The match will be televised "live" across the Caribbean on FLOW TV, Digicel Sportsmax and CMC partner stations, as well as webcast on the WICB website, www.windiescricket.com, and the UWI Cave Hill campus website, http://www.cavehill.uwi.edu.