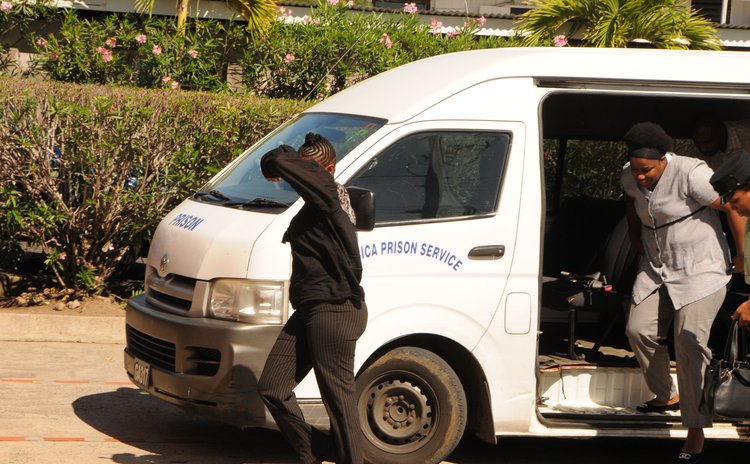 Prisoners taken to attend the sitting of the ECSC

High Court Judge made "fatal" errors in his summation, the ECSC says It took just 90 minutes for judges of Eastern Caribbean Supreme Court (ECSC) to uphold an appeal filed against the murder convictions of Herbert Xavier, Loretta Xavier and Manuella Williams.

In 2013, the three were jailed for 15 years after a nine-member jury found them guilty of murdering their brother, Harrison Williams in 2010 in Soufriere. Last week, appeal court judges Louise Blenman, Gertel Thom and Mario Michel ruled that errors in law made during the summation by trial Judge Brian Cottle were "fatal".

The appeal, led by lawyers Dawn Yearwood-Stewart along with Wayne Norde and Ronald Charles, argued that in his summation Judge Cottle failed to give the jury the proper direction on manslaughter.

"He only left them with the charge of murder and gave no directions of man slaughter," Dawn Yearwood-Stewart told the ECSC.

She added that nowhere in the summation of the Judge did he explain to the jury about self-defense and provocation and that his failure to do so "according to case law, the conviction must he rendered unsafe and quashed."

Director of Public Prosecutions (DPP) Evelina Baptiste conceded that the Judge failed to give the alternative of manslaughter to the jury and he clearly "erred in law."

The ECSC then allowed the appeal against the conviction of the three and granted the DPP leave to have the accused persons retried for murder, if the DPP desires. The judges also stated that the DPP should consider the quality of the evidence, the interest of the public and families plus the community interest and the seriousness of the charge.

Speaking to the media after the decision Yearwood-Stewart said: "We are hopeful that the matter will not be tried and they will be allowed to continue with their lives. This panel of Justices of appeal took the time to explain what is expected of trail judges what they have to do and say during summation and it is hopeful that they take it on board so that we don't have this kind of situation happening again."

"We have to review the matter and see what the evidence is, speak to defense counsel and see where we are heading. Everything must be considered in determining where we head and we just have to make the proper considerations," Baptiste stated.