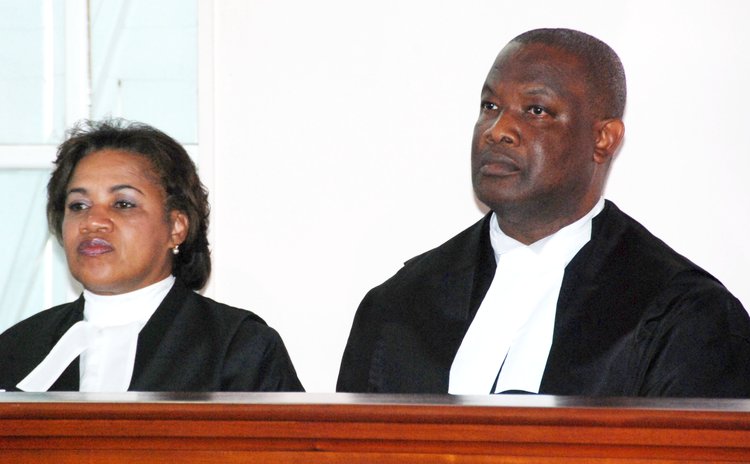 When the Eastern Caribbean Supreme Court (ECSC) meets in Dominica from10 to 14 November 2014 a number of cases will be on the menu.

The later matter concerns the murder of Harrison Williams by his siblings who were found guilty and were jailed each for 15 years. They are appealing against the conviction and also seeking the courts leave for "liberty to rely on affidavit evidence."

Warrington was fired by the board; she subsequently took the matter to court but her claim was dismissed and she was ordered to pay costs in excess of EC$60,000.

Warrington was first employed as manager at the state-owned DBS Radio on contract for three years followed by five years which ended on December 31, 2008. Under the terms of her contract, she gave notice in writing of her interest to continue in the post but no contract was executed.

Despite the absence of a written contract, she continued to perform the duties of general manager. She took the matter to court contending that her continued employment after 31 December 2008 meant she was under the same terms of the previous contract. She claimed damages equal to six month's salary because she was summarily dismissed without notice. But Justice Brian Cottle disagreed and ruled that she had no contract of employment and thus no issue of breach of contract arises and so dismissed her claim.

In his judgment, Justice Cottle said "the claimant accepts that the Board could not appoint her as manager without the advice of the Prime Minister.

"For there to have been any implied contract the Board must have agreed with the claimant…without the advice of the Prime Minister, the Board had no authority to appoint a manager. Any such purported appointment is thus void and of no legal effect as it is ultra vires.

"It follows that the claimant had no contract of employment and thus no issue of breach of contract arises. The claim is dismissed. The defendants filed a counterclaim for funds which were received by the claimant as staff advances and payment on her behalf of certain expenses related to her further education.

"The claimant admits these advances and payments in the sum of $35,963.75 and $27,336.00 respectively. The defendants at the trial abandoned the counterclaim for any amount in excess of what the claimant admits.

"Judgment is given for the defendants on the counterclaim for $61,299.75 together with prescribed costs," the judge ruled.

DBC is a statutory corporation established under the Dominica Broadcasting Corporation Act chap 45:06 of the Laws of the Commonwealth of Dominica. Section 6 (6) of the Act requires the Board of Directors of DBC to appoint a manager upon the advice of the Prime Minister.

In the other case before the ECSC, Prime Minister Roosevelt Skerrit sued the defendants for damages including aggravated damages for libel, for defamatory words published of and concerning him in various publications during the period 17th October 2011 – 2nd December 2011. The matter was at case management and Master Taylor- Alexander decided that the matter should be sent to trial and ordered cost of $3,500 to Alick Lawrence SC, lawyer for the prime minister, "in recognition of the seniority with which the proceedings were attended."

Fountain's lawyers are disputing the Master's decision on the need for trial as well as the awarding of costs to Lawrence.