Taking a swipe at History 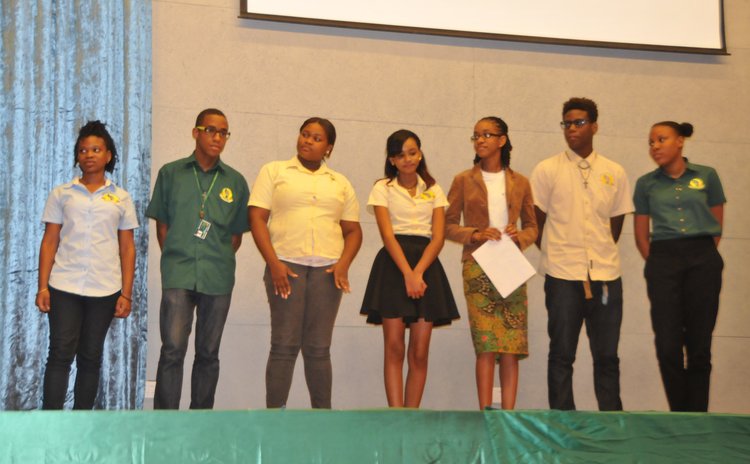 Students of the Dominica State College (DSC) have created an interactive website as part of the 2015 History Week activities.

The Cultural Division partnered with the student interns at the DSC's Create Caribbean Inc. Research Institute to create an interactive website www.dominicahistory.org

Under the guidance of Dr. Schuyler Esprit, the Director of Create Caribbean Inc., the students began the project in June 2015 and launched it at the Dominica State College's Auditorium on October 13 as part of this year's independence celebrations.

The Cultural Division decided to develop an interactive website because of the use of social media and internet by the young people said the Chief Cultural Officer, Jacinta David.

David noted that the website will serve as a tremendous resource for the students.

"This is a clear example of the creation of web based resources to support classroom based teaching in the months and years ahead," she said.

History Week was held under the theme "The Road to Independence" and focused on Dominica's march to independence from 1950 – 1978.

Officials hoped the theme will help students have a better grasp of local, regional and global events which formed part of the independence story and place the post-independence period and development processes in their proper context.

David noted that every year the Cultural Division selects a theme through which a specific historical, cultural aspect of heritage is highlighted and studied and is discussed in schools and with the general public.

"We decided on "The Road to Independence" as this year's theme because many young people are not aware of all the details, the stories, the anecdotes in relation to Dominica's march towards independence," stated David.

She added that every year Dominica celebrates its attainment of political independence but political consciousness and the awareness of the political, cultural, social and economic dimensions of independence remain elusive.

She said the website will get the students more in touch with Dominica's history.

"It is very easy to do that in a classroom to have them study and cram but the things I have learnt doing this project and other ones that we do at Create Caribbean, there is no better way to get students enthusiastic about the history in which they are now than to make them do history themselves," said Esprit.