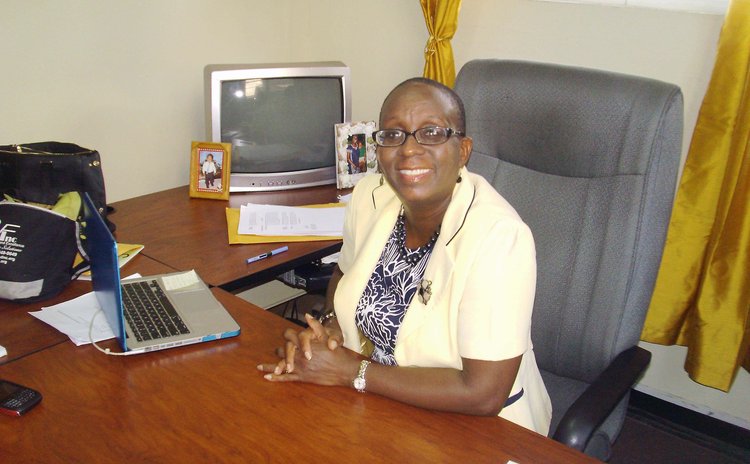 Say the name Valda Henry and many people might immediately think of the Phenomenal Women symposium-- an annual celebration of local women who have truly excelled as professionals, as leaders and as role models.

Others might think of her radio programme on how to use Bible principles to succeed in a trade or profession, or her online column 'Business and Life'.

Though small in stature, Dr. Valda Henry is a woman of towering accomplishments. Her work has helped many people in many ways as she has blazed a trail of extraordinary achievements in what many still think of as "a man's world".

Her academic achievements alone characterise her as a woman of rare commitment, vision and talent. She has a doctorate in Industrial Relations and Business, along with a M.B.A. degree and a B.Sc. degree in Management. She is also a Certified Global Professional in Human Resources and has served with distinction at the Eastern Caribbean Central Bank.

Today, she sits at the helm of VFInc, her own human resource development company, which specializes in finance and management, training and recruitment.

Proactive social work in gender affairs and youth empowerment has made her name synonymous with the annual Phenomenal Women and Phenomenal Men symposiums, and the Summer Youth Series.

Dr. Henry said she got a big boost early in life from her father, who wanted his children to thrive.

He taught them the value of work, taking them to do their bit on his farm for two weeks during the school holidays.

And he instilled the love of education—the key to mastery of life.

Reading was a big part of her life and the family even operated a village library from their Mahaut home.

Even as a child, Valda knew what career she wanted. She knew that she wanted to teach. She said she considers teaching to be her vocation.

By the time she was 11, Valda had begun to picture herself as a professional consultant. Of course, she did not have a name for it at that time.

"I knew that was what I was going to do. Sometimes something happens and I swear I have been in that situation before, but I haven't…It's just my dreams unfolding," she said, explaining how she had extensively pictured herself in her current role.

Working steadily towards her goals has meant crossing paths with her share of backstabbers and oppressors who have put obstacles in her path. But her approach is philosophical: Accept the challenge; learn the lesson and move on as quickly as possible.

Thankfully, the good she has found in people outweighs the bad and she does not regret learning how to deal with persons of all types.

On World Women's Day 2015, observed here on March 8, Dr. Henry was willing to share her thoughts on the thorny issue of gender relations.

She does not see being a woman as a hindrance and does not think she was denied any opportunity because she is female. Committed to doing her best, she constantly seeks to improve even her best efforts.

She doesn't think there is a significant gender problem in Dominica. Look around, she urged, noting that most permanent secretaries are women while many women hold senior positions in business.

Dominica has the highest percentage of female ministers in the Caribbean and perhaps further afield, she believes.

Touching on domestic violence, Dr Henry thinks that the highest level of abuse is against children, mainly female, a problem that might be a social issue rather than gender related, per se.

Dr. Henry firmly believes that society's aim should be for gender equity rather than gender equality because there are physical and mental differences that cannot be ignored.

"What we have to strive for is equity so we that we have equal opportunity to achieve what we wish to achieve," she said, "So, if I want to be an engineer I am supposed to have the same opportunity that a man has…"

"If my purpose is to be a housewife, nobody should say I shouldn't be a housewife because women are now becoming engineers and doctors…" she added.

But some women are their own worst enemies, she said, because they fail to use their voices meaningfully after they have achieved influential positions. By failing to do so, they lose their influence and mute their own voices.

Dr Henry said she is most passionate about young people and helping them to be the best they can be.

She fondly remembers an inscription on a gift plaque from a student: "a teacher is a wonderful sharer of the gift of wisdom". Teachers can shape children's lives in positive or negative ways, she noted.

Never crush the spirit of a child, she said, adding that children should be allowed to express themselves creatively and freely, but with discipline.

Dr. Henry remarked that she uses her annual youth series to tell children they are special and to teach them to succeed in all circumstances.

Dr. Henry's goal is to make a positive difference in society by imparting a sense of hope in persons who need encouragement most.

"Even in our difficult periods, if we stop and take a step back, we can still see a blessing..." she said. "If you're thankful, you cannot be depressed . . . a thankful spirit cannot be a depressed spirit."

As she continues to strive, Dr Henry is thankful for all she has while working for what she wants. And for her, the sky's the limit.