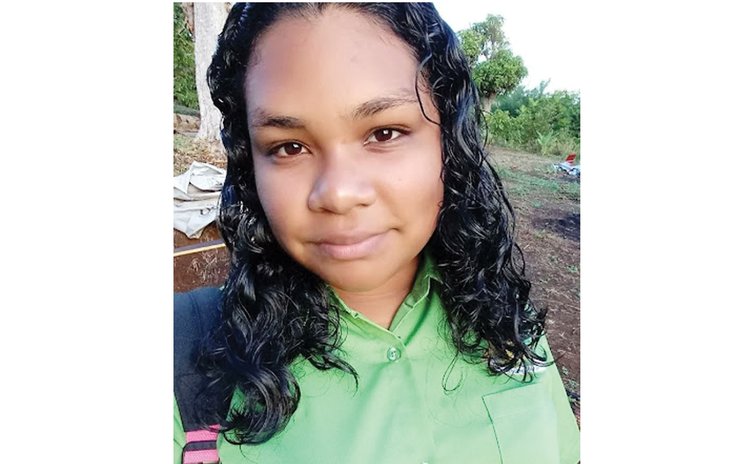 A 19-year-old graduate of the Dominica State College (DSC) who is proficient at juggling schoolwork and community projects has vowed to be a positive role model for the country's youth.

Tarsha Tyson who lives in the hamlet of St. Cyr in the Kalinago Territory not only wants to inspire young people to get involved in community work but also wants to help develop the country's infrastructure with her newly obtained Associate's degree in Building and Civil Engineering.

A recent graduate of the Dominica State College, DSC, at the top of the Faculty of Applied Arts and Technology (FAAT) Tyson admits her decision to major in Building and Civil Engineering was not planned but just felt right.

"I had originally planned to do a double major in physics and geography," she said. "It was during orientation week I made the rash decision to switch majors and faculties."

It was a judgment call Tyson never regretted and though at times the going was tough, this DSC graduate is proud to report that "it was probably one of the best decisions I ever made."

Tarsha's success is not only academic. Having graduated top of her faculty with first-class honours, she also found time to throw herself into other projects which are dear to her heart.

Tyson made it a point of duty to represent her Kalinago community and indigenous heritage by co-founding the Kalinago Lieutenant Club (KLC) back in October 2020.

The Dominica State College is known for its numerous clubs to promote a variety of interests and activities among its students. The KLC is one of the newest clubs at the colleges, just shy of its first anniversary.

"The main objectives of this club are to promote Kalinago culture at the school," she points out, "and to act as a support system for the Kalinago students."

Tarsha said she was convinced to co-found the club "after a discussion with the college students and the parliamentary representative. I have always felt such a group was needed and I felt confident it was time."

Tyson, who served as Vice President of the KLC, is positive the Club remains in good hands as a few of the executive members still attend the DSC, and the group of officers elected last October are determined to see the club thrive.

In addition to representing her Kalinago community on the DSC campus, and strategizing ways to improve the country's infrastructure, this focused, hardworking problem solver has also found room on her plate to tackle environmental issues.

The Eastern Development Environment Club was formed in January this year and consists of individuals from Castle Bruce, San Sauveur, and the Kalinago Territory, among other east coast communities.

This club aims to "help the youth become more appreciative of the natural environment and also as a means of socializing," Tyson told the Sun Newspaper.

But where does this dynamic young lady get her love for community work?

"I believe as a young person it is my responsibility to be involved in my community and be a part of its development," she said.

She acknowledges the encouragement of community elders also plays a big part in assuring her she is setting a good example.

Tarsha, who loves to take on a challenge, is challenging youth to get involved in community projects as it will help them become better leaders in society.

"Being involved in community projects is a great way to meet new people, strengthen skills and become a better person," she added.

She affirms that volunteer work is extremely rewarding and advises DSC students to pursue these opportunities.

"Volunteer wherever you can and familiarize yourself with the faculty and staff. A lot of great opportunities can come your way just by being involved," Tyson said.

Her family has always been a source of strength and support and has encouraged this determined young woman in all her endeavours.

So what's next for 19-year-old Tarsha Tyson?

"Currently I am aiming to gain hands-on skills in Civil Engineering here in Dominica," she disclosed "I do plan to continue being an active member in the community," she said.