Ten Years of Developing our Youth 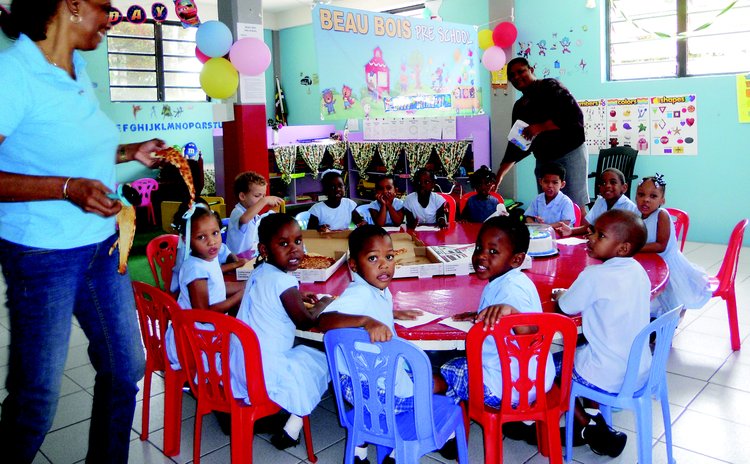 On January 16th 2003, in a quiet little area called Beau Bois, Doreen John began utilizing her qualifications and skills as an educator to help develop and build young minds for the future. Creating a unique space in the pre-school arena, Doreen John took in small numbers of pre-school children with the aim to foster a high quality learning environment.

After 34 years in the field of education Mrs. John's calm, professional demeanour has earned her the loyalties of not just parents but children alike. Her ability to focus on the development and well-being of the young children entrusted to her on a daily basis at Beau Bois Pre-School has brought popularity for the school and its' Founder.

From humble beginnings in one of her bedrooms with 10 students, the school has expanded and now houses three classrooms, an office and an eating area. With encouragement from the first parents of the Beau Bois Pre-School, Mrs. John and the school has grown from strength to strength.