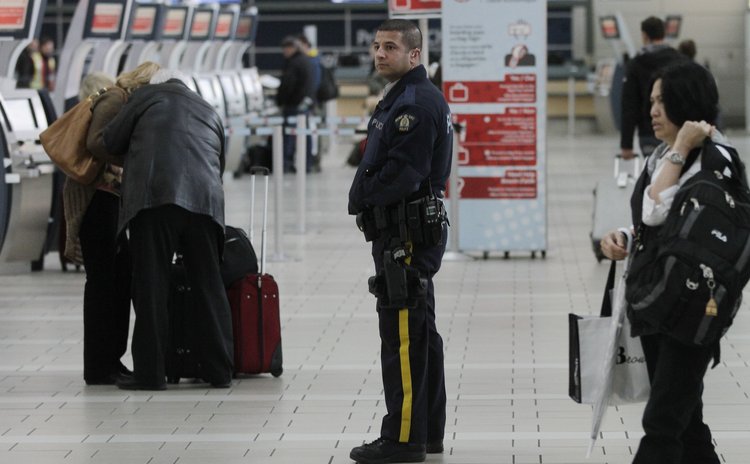 OTTAWA, Oct. 22 (Xinhua/Sun) -- A gunman armed with a shotgun killed a Canadian soldier here Wednesday and was later fatally shot on the Parliament Hill, just meters away from where Prime Minister Stephen Harper was meeting with his Conservative deputies.

The shooter was a man, first identified by CBS News in the United States as Michael Zehaf-Bibeau, a 32-year-old Canadian, who was born and raised in the province of Quebec.

Zehaf-Bibeau, a recent convert to Islam, reportedly had his passport seized after being designated a "high-risk traveller" by the Canadian government, and had a criminal record involving, in part, drug charges.

Shortly before 10 a.m. local time (1400 GMT), Zehaf-Bibeau shot the soldier guarding the National War Memorial at least twice using what was described as a long-barrelled weapon.

The soldier was identified as Corporal Nathan Cirillo, a 24-year-old reservist and father of a young son, and later died of the injuries in hospital.

After the shooting, Zehaf-Bibeau got into a grey Toyota Corolla car without license plates near the cenotaph and drove a short distance away to the Parliament Hill, then hopped out of the car, dressed in black and wearing a scarf covering his face, and rushed into the Center Block -- the main building in which both the House of Commons and Senate are located.

Once inside, Zehaf-Bibeau fired between 30 to 50 shots, injuring one parliamentary security guard in the foot. Two other people were taken to hospital with minor injuries.

Soldiers and police, including members of the Royal Canadian Mounted Police (RCMP), descended on the parliamentary precinct in reaction to this incident that was acknowledged to be a terrorist attack.

Prime Minister Harper and Canada's two main opposition leaders were quickly moved to secure locations while much of downtown Ottawa was placed in lockdown.

A former senior RCMP officer, Kevin Vickers, who serves as a mostly ceremonial guardian of the House of Commons, fatally shot the attacker near the Historic Library of Parliament and was hailed as a hero Wednesday.

But Zehaf-Bibeau's death didn't end the uncertainty of the terror that enfolded Canada's capital city as police closed bridges and began combing through buildings in search of one or more other assailants.

Reports later said that gunshots were heard near a downtown hotel and a shopping center not far from the Parliament Hill. A lockdown of federal government buildings was only lifted well into Wednesday evening.

The terrorist attack in Ottawa followed another chillingly similar incident Monday in the province of Quebec when a 25-year-old man, -- later identified as a radical Muslim -- was fatally shot by police after injuring two soldiers in a hit-and-run accident. One of the soldiers later died of his injuries.

And in a poignant twist to Wednesday's tragedy in Ottawa, Prime Minister Harper had to cancel an event in Toronto, where he was scheduled to bestow honorary Canadian citizenship on Malala Yousafzai. The 17-year-old Pakistani activist was shot in the head by the Taliban two years ago and recently became the youngest recipient of the Nobel Peace Prize