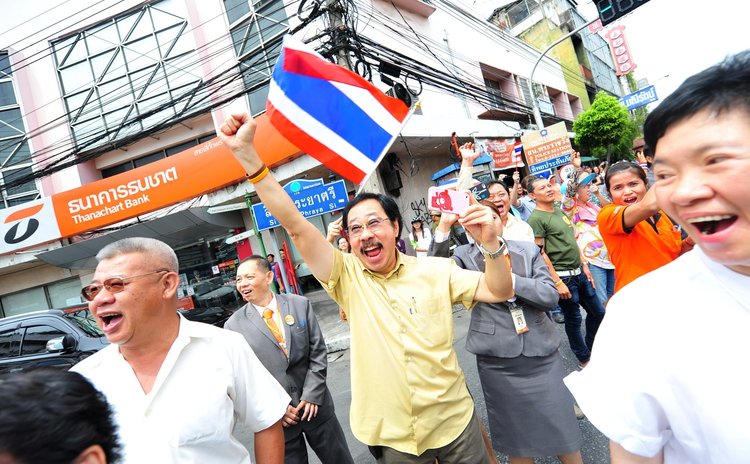 BANGKOK, May 20 (Xinhua/Sun) -- Thailand was declared under martial law on Tuesday in the face of a looming street chaos in the Thai capital.

"Mass gatherings by varied groups of people and recent street violence in which innocent people were killed and injured and property was damaged have shown signs of intensifying into widespread, critical chaos in several areas which might seriously affect national security and public safety," Prayuth said in an ad hoc TV broadcasting Tuesday morning.

He called on the public not to panic while the military will maintain peace and order and will bring the situation to normal in prompt fashion.

Given the Martial Act of 1914, the army chief set up a peacekeeping command which all military forces of the army, navy and air force as well as civilian authorities are obliged to follow and dissolved the caretaker government's Center for the Administration of Peace and Order, according to the army chief.

Armed with assault rifles and handguns and clad in combat fatigues, soldiers have taken control of major TV stations, power and water plants and spots around political gatherings in the capital and nearby areas.

However, groups of anti-government and pro-government demonstrators have remained in Rajdamnern Avenue at the heart of the capital and in its western outskirt.

No untoward incidents have been reported since the wee hours of Tuesday as yet.