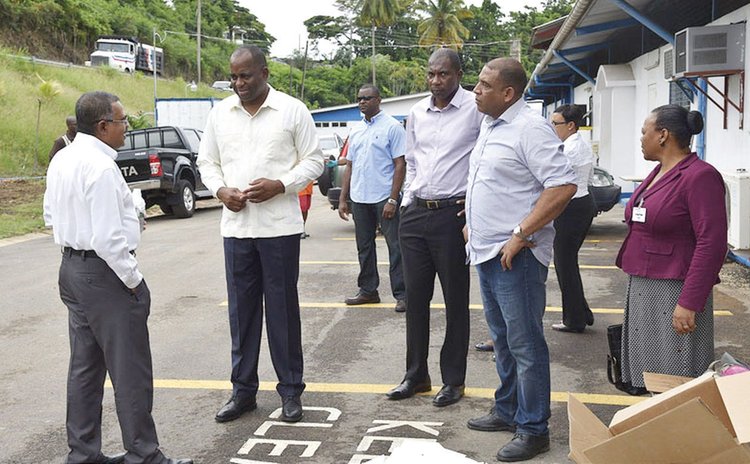 It was a promise that seemed a comfort to the full complement of workers who were about to lose their jobs. Nearly a year later, nothing. Not a word.

After Colgate-Palmolive announced last November that Dominica Coconut Products (DCP) was closing shop here after 50 years, Prime Minister Roosevelt Skerrit gave the 94 employees hope by announcing that government would seek to purchase the company and keep it running.

The plant ground to a halt a month later, the workers went home with their separation packages negotiated by their labour representative, the Waterfront and Allied Workers Union (WAWU), but nothing has been heard from the prime minister about his promise since.

A call to Skerrit seeking comment went unanswered; however, WAWA president Kertiste Augustus told The Sun "absolutely nothing has happened" of which he was aware, since the November, 2015 pledge.

The Sun was informed that government had indeed made an offer to Colgate-Palmolive to purchase the business for $1. However, it was not immediately clear if the company had responded to the bid.

"I haven't had any further indication," Augustus said. "I was informed that Lever Brothers of Trinidad had some interest, but that was before the passage of Tropical Storm Erika. Since then I have had no further word on that company's interest."

TS Erika inflicted quite some damage on DCP, including equipment and electricals, prompting the parent company to decide it was not worthwhile to keep the business open.

This is why economist Mark Marie felt very little thought had gone into government's decision to acquire the assets.

"I would think that the government in the heat of the moment, just as they cancelled the World Creole Music Festival, just said something without any previous analysis of what they can do and what the prospects are for keeping it open," Marie told The Sun.

"I don't think, the government, when they made the announcement, did it on the basis of fact - what it would cost to keep it open, whether it would be able to compete. They might have misspoken before they had any proper analysis for running a successful business."

The former lecturer in economics at the University of the West Indies felt it would make little sense for government to open and run DCP at a loss, because, he said, it would eventually close again.

"They would have to find money somewhere to keep the workers employed . . . but it is the cost of operating it that is the important thing."

Another important factor for consideration, Marie said, was whether the market was still open for Dominican soaps.

"I don't think the markets in which we were selling soaps are complaining they are running out of soaps. You would have to compete against the same Colgate-Palmolive," he observed.

As for that promise of last November? Nothing. Not a comforting word.