That 'Fork in Napkin' matter

A reasoning on the Contrast between Derek "Hunter" St. Rose and Winston "D-Daz' Noel : An analysis by Alex Bruno 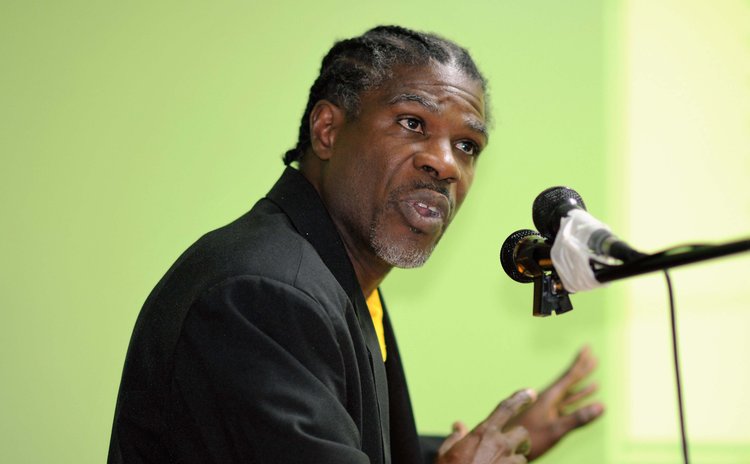 In the interest of fairness and to provide what I believe to be a responsible contribution to a growing controversy over the originality of Hunter's 2019 Calypso: 'Wrapping Fork in Napkin,' I have decided to take a welcome break from my reading demands to offer this brief commentary for public consumption and/or debate(s).

Firstly, on the matter of originality, allow me to say that nothing is new or original under the sun. I believe that both D-Daz and Hunter dealt with the same topic, but the treatment of the song is vastly different in either case. D-Daz presents what I understand to be a lampoon on Chinese cuisine, using the mask as justification to be suggestively expressive. This is a classic treatment of the calypso.

Hunter, on the other hand, approaches the project from the political point of view, as a satire against the ambitions of political opponents (I guess in the Dominica electoral system) who aspire to be elected to high office. Hunter uses the analogy that one must get the basics in the kitchen right before they are promoted to cook or chief cook, even to the point where they are in charge of managing the authentic Chinese cuisine (Hunter is making reference to the Dominica –China diplomatic relationship/arrangements here). Like Daz, Hunter employs an element of the Calypso – the mask – to justifiably express his passion.

It is my humble opinion that both songs, though brutally identical in terms of topic, idea and punch line, are different in the other aspects. The melodic structure, lyrical choices and harmony do not correspond. As to how Hunter presents the material (both orally and visually) will give a clue as to Hunter's kaiso genius. One can only expect that Hunter will create the sort of craft that may complement his "original" idea. Both Hunter and Daz are proficient in the area of rendition.

As per originality and how that could hurt Hunter: that is a matter for the judges to determine, but the last time I checked, originality did not carry the lion share of the points in Kaiso competitions. The Dominica Calypso Association (DCA) criteria for judging 'The Calypso' is as follows: Lyrics – 35 point, Melody: 35 points, Rendition: 20 points and Presentation: 10 points. Of course, this may have since changed and if, say, originality now carries 35 points – which I doubt – Hunter may be well advised to revise his choice of topic and/or song for the competition. In the present set up, I believe that originality falls under the heading of Lyrics, and it carried about 5 point or less (do not quote me on that).

The discussion which is now brewing, and other such discussions, creates the sort of interest in the art form of Calypso which should be embraced and encouraged by all. Calypso continues to be a significant exponent of Dominica's culture and we should applaud the practitioners, administrators, sponsors, patrons and fans et al. who continue to make Calypso a significant and relevant practice.

Let me take the opportunity to commend the DCA on the commencement of yet another season of competition – its 41st. It is my wish that the best performer(s) at each given round of elimination advance or win. I also hope that the political partisan bickering which has seemingly overridden the Dominican society is kept out of the one remaining entity - Calypso - which seeks to address oppression of the citizenry. I believe in the neutrality of the administrators of the art in Dominica, even while they hold their own individual party allegiances and biases.

With that stated, because of Hunter's well-articulated partisan affiliation and biases, the challenges which he now face would, in great arts, stems from anti-political/partisan fractions. And this is fair game. The game should not however be extended into the authentic merit of his Calypso. It is also sort of puzzling that Hunter has had no knowledge of the existence of D-Daz 2011 song which carries the same name as his 2019 song, but I have to take him at his words.

The one demerit in this widely debated issue appears to be originality and the public reserves the right to discuss this at length. I guarantee you that there shall be other such issues before the 2019 Calypso season is over. Let may say, by means of a disclaimer, that I do not have any knowledge of Hunter's Trinidadian Calypsonian counterpart partisan political views – nor does it matter.

Calypso is a conduit for social commentary which must concentrate on electoral-partisan politics and governance which also includes opposition. This is actually what Calypso was created to be; a force against administrative oppression, injustice and all other such forms. Calypso does not or should not target the oppressed in the interest of the oppressor, but that is another debate.

I appeal for fairness and inclusion in the interest of DA Calypso.