That Maria crisis is a terrible thing to waste 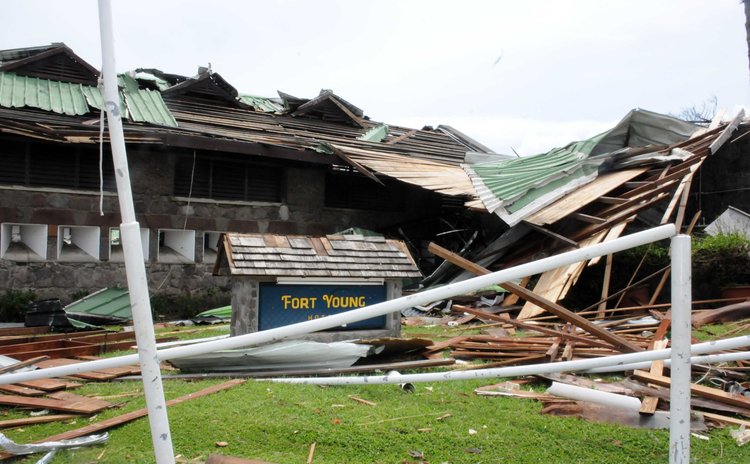 As the country celebrated its 39th anniversary of independence, Dominica is undoubtedly enduring its worst crisis since 1978, the year the island became politically independent.

But remember, before Hurricane Maria made the situation worse, Dominica had been virtually crippled by a dying economy, sky-scraper-high unemployment figures, human-resources-haemorrhaging migration rates, escalating crime, unproductive agriculture, shrinking exports and ballooning imports, and shamefully high levels of non-communicable diseases that Dr. Carissa Etienne, the Director of the Pan American Health Organisation (PAHO) described a few years ago as an impending tsunami.

The parliamentary opposition and others have tried making that point in the House of Assembly and elsewhere for many years but unfortunately their voices have been weak and ineffective, drowned by a much superior propaganda machinery by the ruling party that blinds the people to reality.

As we said in 2015 at independence, Tropical Storm Erika had placed all Dominica's problems into a large envelope and stamped it "CRISIS". Hurricane Maria has done likewise but more dramatically and with a greater sense of greater urgency.

But it is up to the citizens and the Government of Dominica to decide whether we will again waste opportunities presented by yet another crisis to repair the economic and social system. "A crisis is a terrible thing to waste", Stanford economist Paul Romer has reminded us. Romer and other management experts describe a crisis as a crucial situation, a turning point that forces a system to make the choice between inertia and innovation.

Nevertheless, despite the mountains of problems that Dominica battles day after day, the island has made some positive progress over the last 39 years. This is most evident in areas culture, sports, music and education. Although countries like St. Lucia and Antigua that attained independence about the same time, seem to be leaving us behind on the path towards economic development, there are some newly independent countries, especially on the African continent, that have been described as "failed states". In these countries the vast majority of their citizens have little or no access to educational opportunities, basic health care, or shelter and where the society is shattered by war, famine and the almost complete absence of the rule of law and human rights.

As we reflect on the past 39 years of being an independent country we need to ask questions like these: Are we getting close to being described as a failed state? What can the reasons for our failures? Why the crisis of governance or the social breakdown which is manifested in violent crime and the delinquency of our youth? Why do many citizens feel that politicians and others in authority have failed to represent them or betrayed them? Why do we not trust the institutions of State such as the police, the courts and the Cabinet? Why is corruption so prevalent that it appears as if white-collar crime is no longer an issue, that it is as normal as the sun and the rain and the trees? Why is the pace of progress so snail-like? Why did Dominicans loot and pillage with such extravagance and anger after the hurricane that the country was effectively hit by a one-two combination of knockout punches? Should Dominica institute a government of national unity to take it out of the current crisis?

Unfortunately, we observe Independence in the middle of the toughest economic conditions that this young nation has encountered over the past 39 years. If we are to progress, Dominicans must confront the nightmare of having to live in an economically devastated county in which thousands find it extremely difficult to earn a decent standard of living.

But as we write this we are acutely aware that many Dominicans seem to turning their heads and are deliberately pretending that they just do not see, to paraphrase Bob Dylan.

Of course, independence celebrations generate a certain level of patriotism but patriotism is much more than raising flags on Independence Day or standing at attention for the singing of the national anthem. Patriotism means respect for self and others and for country; it requires an acknowledgement of the current social and economic conditions and a determination to partner with everyone, red or blue, to pull ourselves up by our own bootstraps.

Over the past 39 years, we may have built many schools and implemented universal secondary education so that many more children have access to secondary and tertiary education. Nevertheless, the quality of the education that our schools now deliver is questionable. Again, we built roads but maintaining them has been a major budgetary challenge; we built many health centres and clinics, especially in rural Dominica but today basic health care is beyond the reach of many citizens because of raising costs. We trained many teachers, nurses, doctors and other professionals but they continue to migrate in search of greener pastures. In agriculture, the basic industry, we subdivided large estates, such as Geneva and Castle Bruce, so that many more persons could have access to land but agricultural production and productivity have declined in spite of the fact that modern agricultural technology is available to small farmers. Today, agriculture needs major reconstructive surgery if it is to contribute meaningfully to the growth of the economy.

Undoubtedly, we are at an important cross-road on this the thirty-ninth anniversary of our independence due mainly to Hurricane Maria. The point is: we can either grasp the opportunity for real change, for economic development, for justice, equity and fairness for all; or we can continue to allow ourselves to wallow in the cesspool of divisive politics. A crisis is a terrible thing to waste.

At independence 2017, as the late Michael Jackson advised, let's look in the mirror, let's make that change.