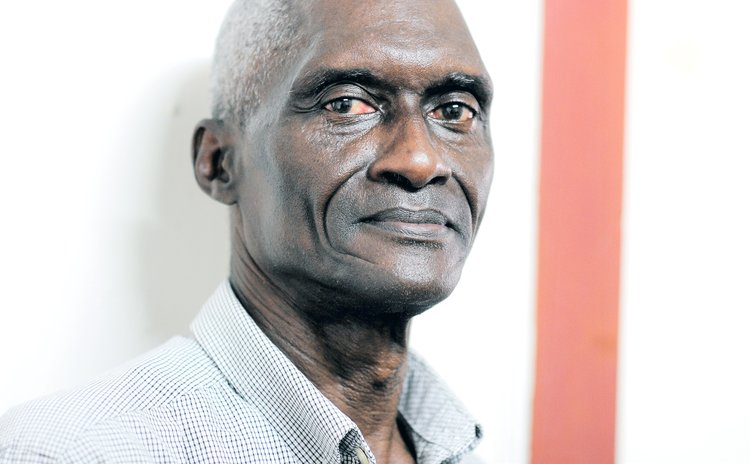 The mask may prove to be something of a paradox after all. It was for most of us, besides an occasional employ in childhood fun and game times, something basically associated with the medical-industrial or theatrical usage; and within the context of deviant behaviour, a ready disguise of thieves, robbers, and persons with sinister machinations. But due to the urgent need of protecting ourselves and others from the dreaded Covid-19 virus, we have found ourselves having to be adorned with it as if it were a part of our everyday dress wear, whether we like it or not. I wouldn't be surprised if we ended up with something called MDS (mask dependency syndrome): a behavioural tendency generated by the so-often wearing of masks that will cause some individuals, even when it will no longer be needful to wear them, to develop some strange aversion to going anywhere without them. Then oh oh! the common non-recognition of close friends and associates, even when we're so close up, could be so embarrassing sometimes. "Oh my! I really didn't make you out nuh girl…dat mask business you know..." is of course something we're all familiar with by now.

But guess what: I suspect the mask may be a very welcome asset to those of us who conveniently would like not to be recognised by some unwelcome friends or people we may unexpectedly come across. Perhaps we're owing them some money, have borrowed something that's overdue or not kept a promise made; they "have a beef" with us or vice versa, or they may keep us too long in an undesirable conversation as we're very busy, or simply not in a stopping mood on that day. (I must now, to be honest, admit that I did fall for that temptation some time ago without even having premeditated it.)

"Thank God for Friday" then, who knows, may by now have found a co-adage by some of us in that of, "thank God for the mask". But then we could always end up deceiving ourselves since the other person could call our bluff and just simply decide to play the same game. Let us think we got away. In any case, long before this present era of the mask, some of us had already developed the practice of natural mask-wearing. That is: pretending what we're not before others. As a student of scripture, I discovered that the Greek word for hypocrite-hupokritēs was utilised by Messiah in the Gospels to reprimand His hostile opponents for their pseudo- spirituality. Mark 7:6 etc., was commonly used of actors-often masked- who performed under an assumed character.

There's a critical need for great deliverance and redemption for many of us wearing this religious, political, plastic smile or whatever kind of mask. Some of us aren't even aware that we wear it quite often; so much a part of us it has become.

The time to DE-MASK and to become REAL is now. An earnest look into the mirror of God's Holy Word in James 1:22-27ff. followed by genuine brokenness and repentance is our only hope of everlasting emancipation from this "mask slave master". THE WORST PERSON FOR ME TO BE FOOLED BY, IS ME. Thank you, Lord for your great Love Mercy and your Grace.