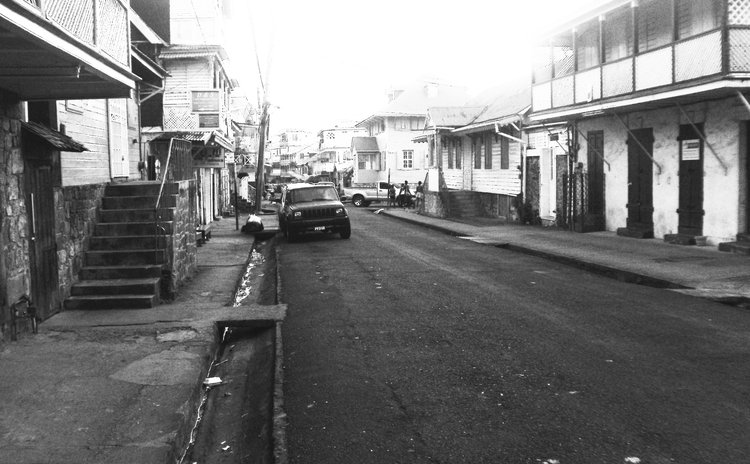 The story of the carnival fire in Dominica remains alive in the memories of those who were present on February 25, 1963.

Three men: Eric Shillingford, Edward Martin and George James perished as a result of the fire.

The three were part of the carnival street jump-up and were wearing sensay costumes made of frayed rope at the time.

Many believe that the fire was deliberately set because of professional jealousy and rivalry.

Some feel that the target was Eric Shillingford who had established a modern Vauxhall dealership in Roseau.

However, the report of the Commission of Inquiry chaired by EL St Bernard, was inconclusive, stating that the origin of the fire was difficult to determine with certainty.

Altogether, 18 persons sustained burns which were minor in some instances.

Mysterious black spot burns which appeared on some persons on the streets that day, in addition to an eyewitness account of a streak of flame that passed above the heads of revelers prior to the fire, prompted the Commissioner to state that the fire may have been started intentionally in the absence of a satisfactory explanation.

"I have not ruled out the possibility or even probability of an accidental fire but, in my opinion, until some explanation could be given which reasonably accounts for the black spot burns and the streak of flame above the heads of the people, even assuming most of the victims, other than the three deceased were injured by radiated heat, the evidence leans more on the side of design than accident."

Apart from the black spot burns, there were other burns which the Commission said were "possibly chemical burns" or caused by "possible radiated heat."

And other burns were declared to be not "satisfactorily" explained.

Medical experts in Jamaica were unable to determine whether the burns sustained by Eric, Eddie and George were caused by the flames alone or by the flames and a chemical substance.

The report mentioned the case of Stella Green who kissed George James while he was in hospital and sustained blisters on her lips. The same thing happened when she kissed him again nine days after his injury.

According to the report, the doctors who testified indicated that the first blistering could have been caused by a chemical substance on James. However, they could not explain the second instance.

"This story, in my view, does not prove that there were chemicals used since the second blistering could not have been caused by chemicals," the report stated.

The Commission also conducted an experiment with a sensay costume similar to what the men were wearing. Lit cigarettes were thrown at the bottom of the costume which was then jerked around.

"It was observed that it emitted smoke in about three or four minutes and within six seconds, the whole costume was destroyed," the report stated.

It added that the demonstration shows that the fire could have started in this way and no volatile substance was necessary.

"…but it does not prove that the fire was accidental but only could be…" the report said.

An interesting testimony came from Ena Joseph who said that someone held her throat tightly when she saw Edward on fire and began to scream for help. She said that she turned and saw a tall man with a long pointed straw hat, the sides of his face painted black. She said the same person cuffed her on her right side, causing her to fall to the ground.

However, Joseph later testified that she had no recollection of what had transpired. She also denied telling others that she knew who started the fire.

The Commission dismissed her as an unreliable witness. James Daway said he heard Joseph say, "You all should not do that, I will say who."

Daway said he saw someone punch Joseph as she had described earlier. The person fit the description Joseph gave, Daway said.

Bertha Smith testified that it was Malcolm Frampton who struck Joseph.

But the Commissioner declared Smith illiterate and unintelligent and Frampton subsequently testified that he was not in a carnival band that day nor did he own a rubber mask as described by Smith.

Four others, including the Acting Chief of Police KI Francis, testified that they were speaking to Frampton when they heard an alarm raised about the fire.

Several persons also testified that they heard Joseph shout, "It was Boboy…" Joseph referred to Frampton as "Boboy".

The report also referred to evidence by Robert Allfrey who said he saw a streak of flame "moving across the street above the heads of people in front."

Allfrey reported seeing a few drums on fire. However, there was no debris in them.

One Mrs Grell also reported seeing a flame slightly larger than a match flame about a foot from the ground. The Commission of Inquiry report said if her account was correct, then it ruled out the probability of the fire starting from a loose end of a cigarette on the ground.