The Cuban Five of intelligence agents released by U.S 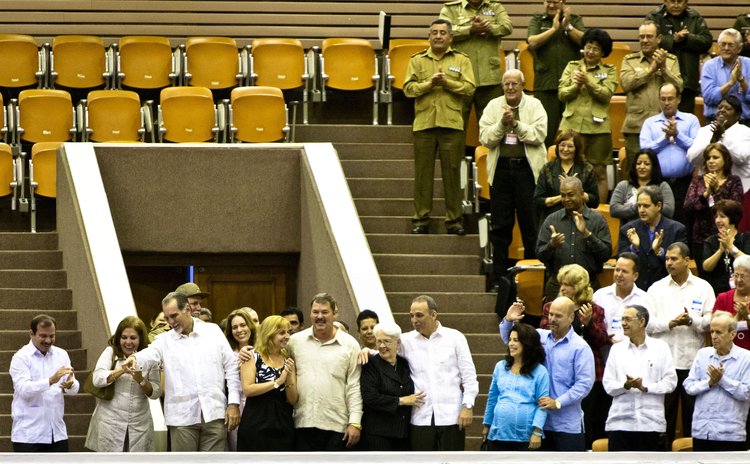 HAVANA, Dec. 17 (Xinhua/Sun) -- Cuban leader Raul Castro confirmed Wednesday that the remaining three agents of The Five, a Cuban intelligence group, were released and returned to their home country after 16 years of imprisonment in U.S. jails.

As announced by Castro in a TV broadcast, Antonio Guerrero, Gerardo Hernandez and Ramon Labanino were released by the U.S. government and sent back to Cuba, in exchange for an important U.S. intelligence agent that has been imprisoned for 20 years.

The three men gathered here with their two companions, Rene Gonzalez and Fernando Gonzalez, who were freed in 2011 and 2014 after serving about 13 years and more than 15 years behind bars, respectively.

Wednesday's development followed an announcement by Havana and Washington that they have agreed to restore diplomatic relations, in a move to end more than half a century of estrangement between the two countries.

Hours before, the Cuban government also set free "on humanitarian grounds" Alan Gross, a U.S. contractor who served five years in a Cuban prison on charges of illegally importing communications equipment with the intent to incite unrest.

The five agents, all members of the Cuban Communist Party, were arrested by the Federal Bureau of Investigation in September 1998, and judged by a federal tribunal in Miami, Florida, with harsh penalties ranging from 15 years to life imprisonment.

However, they only admitted that they had worked for their government to monitor "exiled Cuban groups," and stressed that they were not interested in U.S. military or government institutions.