The Doctrove family lose a rock 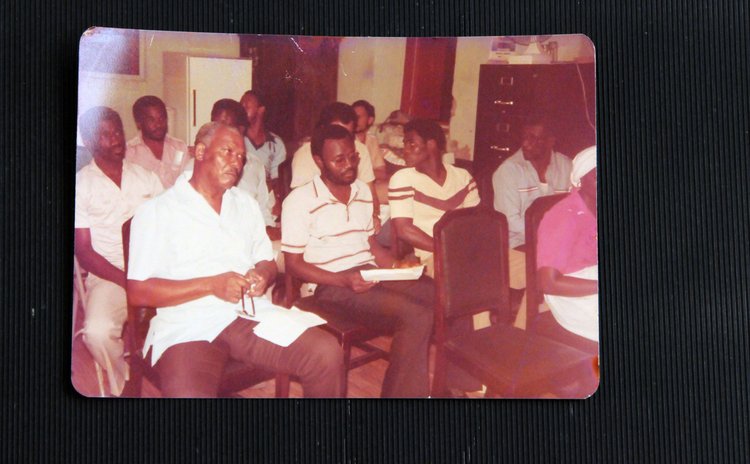 Everyone who knew him received the passing of the late Hildreth Doctrove, a former national footballer and football referee, with much sadness.

A former Deputy Commissioner of Police, he was among the few boys in Roseau to have joined the Police Force in those days but he worked his way to become second in command before he retired.

His football career stretched from the Newtown Savannah, playing for the famous Eagles Team, captained by the late Cuthbert McIntyre, then into the Windsor Park as a formidable full-back.

Being a police officer and having to be transferred to different parts of the island brought about the end to his playing days. He held the whistle before the advent of the Referee's Association. Among referees of his time were Louis Martin, Emanuel Lancaster, D. S. Joseph, to name a few.

In the mid-forties, while stationed in La Plaine as the Sergeant, he was selected to represent the South East in a football match, the first of its kind, against a team from Roseau. He rode on horseback from La Plaine to Rosalie where the match was being played. Although the South East team was beaten badly, he held his own in the back line to the satisfaction of spectators from Grand Fond, Riviere Cyrique, La Plaine and Morne Jaune who turned out to witness this historical match on that Easter Sunday.

To his satisfaction, Doctrove was happy and proud to see among his sons, three who have distinguished themselves in sports at the national level- Chaucer in football and cricket; Fitzroy in cricket and Billy who became a world-class Elite cricket umpire who officiated all over the world. Billy was also the first Dominican to become a FIFA referee.

I was happy to have served with Hildreth Doctrove on the cricket selection committee of the Dominica Amateur Sports Association (DASA) in the Sixties. In 1988 he gladly consented to present certificates of appreciation to umpires and referees at a joint meeting held to mark the 10th anniversary of our independence. I well remember seeing him, as a lover of the game, sitting in the front row in the old Pavilion at Windsor Park during cricket tournaments.

His wife, a retired school teacher, played her part also as a reliable scorer during matches at the Gardens because of her love for the game. Cricket, at Doctrove's home on Green's Lane in Goodwill, was very well served.

The late Hildreth Doctrove's influence was truly the rock upon which his sons' reputations were built. Deepest condolences to his entire family; he will always be remembered.