The Dominica Labour Party to hold Rally in St. Joseph 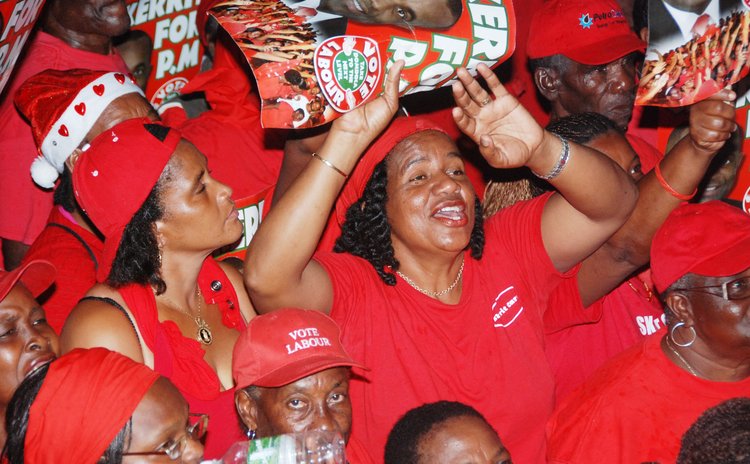 Roseau, Dominica, May 3, 2014—The Dominica Labour Party (DLP) holds its "Labour Is The Change/Labour Ka Twavay" Rally on May 5, 2014, the DLP said in a press release

" Prime Minister Hon. Roosevelt Skerrit, Leader of the Dominica Labour Party says "The rally is an opportunity for the DLP family to fellowship and to be brought up to date on recent developments in the country as well as hear plans for the future," the release said.

It added: "Ministers of the DLP Government are down to speak at the rally to report on their Ministerial portfolios; while Prime Minister Roosevelt Skerrit will deliver the feature address. The addresses will be interspersed with musical performances including by Dominica's Asa Bantan and Biggie Irie of Barbados.

"The event takes place on the playing field in St. Joseph from 12:00 noon, the home of Member of Parliament for the St. Joseph Constituency Hon. Kelver Darroux. Darroux, who is also the Parliamentary Secretary in the Office of the Prime Minister with responsibility for Information Technology has announced that Wifi will be provided complimentary to all persons with smart phones on Monday. He says "I want the Social Media to come alive on Monday so I have ensured that you will have proper internet so that you can take your 'selfies' and upload them to Facebook immediately to show the world where you will be on Monday," the release stated.