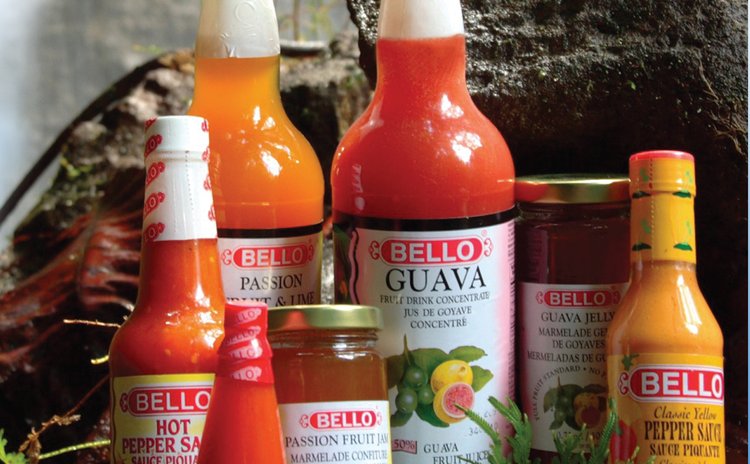 Since ECLAC, the Economic Commission of Latin America and the Caribbean, declared recently that the post- Maria Dominican economy will grow by nine percent in 2019, the Government of Dominica has sucked up that statement as hungrily as parched soil absorbs water. Government officials and its spin doctors cannot say that figure enough; Prime Minister Roosevelt Skerrit used that 9% figure during a speech he delivered in New York at the United Nations at a meeting of Climate and Sustainability Development recently

Mr. Skerrit's government gives the impression that the ECLAC statement has somehow liberated it from the mismanagement of the economy for the past two decades.

But ECLAC and the Government of Dominica have failed at telling simple-minded Dominicans that the economy will grow by 9% because of grants from friendly governments and the payment of millions of dollars in insurance claims and not because the battered productive sector has mysteriously grown after being battered by Maria, the category five storm that ravaged Dominica on September 18, 2017.

But that growth of the Gross Domestic Product (GDP) is false, it is not real. Economist Jim Luke wrote in an article in ECONPOPH called "Hurricanes, Disasters and GDP" 2011 that GDP is a terrible way to measure growth after a disaster.

He wrote: "GDP measures economic production by counting the dollar value of all transactions where something new is produced and sold. GDP doesn't measure our capability to produce. It only measures what we actually produce and sell.

He continued: "The economic effects of a natural disaster are to change exactly these things that GDP does not measure. The primary economic effect of a major disaster such as an earthquake, hurricane, extensive flooding, or a swath of destructive tornadoes is to destroy wealth and destroy our capacity to produce. In macroeconomic terms, a natural disaster is a sudden reduction in our resources: capital equipment, buildings, and available labor. None of this is a good thing. It reduces our ability to produce goods and services in the future and it reduces our welfare right now. But that effect won't show up in GDP measures.

"What will show up in GDP measures after the natural disaster is a perverse reaction in the months after the disaster. This comes because of the re-building activity that comes after the disaster. Repairing buildings, cleaning up, rebuilding all require paid services, building supplies, labor, etc. These transactions will show up in GDP measures in the months/quarters after the disaster as a slight increase in total GDP. But it's a deceptive increase in total GDP because we aren't really significantly better off. We're just getting back to the condition before the disaster. GDP counts the fixing, but not the damage done. This is why we sometimes here commentators say that a "disaster is good for the economy". It isn't really. It's good for GDP, but that's not a perfect measure of the economy. The mistaken idea that damage or disasters are good for the economy is what economists call the Fallacy of the Broken Window".

So, Dominica, like all areas devastated by a storm will show increased GDP growth but it will take many years for the productive sector to revive.

As we stated earlier, over the past 15 years, the Government of Dominica has blatantly, in-your-face, painted false pictures of Dominica's so-called booming economy while other countries tell their citizens that they were buckling under the weight of the world-wide economic crisis. For instance, a Caribbean Prime Minister warned his citizens that the crisis had moved into a "dangerous stage" and equated the situation to a "national security crisis." At that same time our Prime Minister, Roosevelt Skerrit, was saying to parliament that there was "continuing increase in economic activity and growth, despite the global crisis, and (increases) in the number of projects being executed all over the island".

While Mr. Skerrit was making these statements economists all over the region were warning that developing countries such as Dominica were expected to experience dramatic falls in export demand for goods and services, a decline in remittances from migrant workers, reduced direct investment, and dwindling access to financial credit and increased unemployment. But Dominica was boasting that it somehow had that miracle economy of the Eastern Caribbean driven exclusively by the sale of passports under the economic citizenship programme.

We, therefore, have been living in a fool's paradise (even before Erika and Maria) and it was obvious that the government has been fiddling while the country plunged headlong into economic ruin. But after Erika in 2015 and Maria in 2017 no longer can we deny the depth of the country's economic crisis; government has to tell its citizens the truth. We are firmly of the view that Prime Minister Skerrit must begin to aggressively address the state of the economy and suggest specific, measurable short-term and medium-term goals for both public and private sectors. How are we planning to recover from Maria? CREED, you say?

But whatever plan Dominica has must include some bitter cost-cutting medicine that the public will have to endure if we are to turn the economy around. Along with the private sector, the Opposition, the Dominica Association of Industry and Commerce (DAIC), the Dominica Hotel and Tourism Association (DHTA), the trade unions and other groups, Mr. Skerrit's government must meet to assess the situation and propose immediate solutions to the crisis. Otherwise the International Monetary Fund (IMF) will undoubtedly step forward and demand uncomfortable doses of austerity measures, as it did during the Pierre Charles administration more than a decade ago.

But to convince the public that his government is genuine about the need to revive the economy, Mr. Skerrit must lead by example by reducing his government's expenditure. As we have suggested on a number of occasions, Mr. Skerrit's cabinet is much too large and must be slashed by half and he must use the resultant savings to finance capital projects in agriculture and tourism. This is not politics; this is commonsense.

The point we need to stress is that if Dominica is to survive the choppy waters that the economy is currently sailing through, the public has to be told that the implementation of a series of belt-tightening measure as well as programmes to stimulate the productive sectors, such as the manufacturing sector, are unavoidable and urgent. As we see it, Dominica has no other option.