The future of Guyana's economy and politics 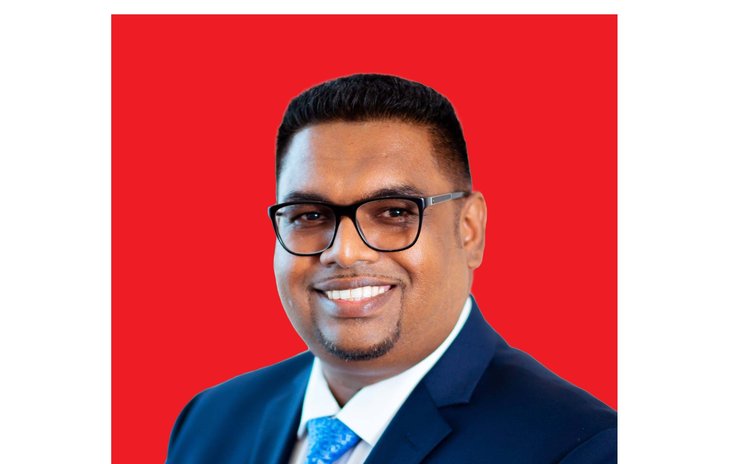 President Ali's PPP government has its work cut out. The elections standoff and the COVID-19 pandemic have taken a heavy toll on Guyana's society and the economy. The new administration will have to reconvene Parliament and pass a National Budget urgently in order to get the wheels of government turning again.

Most of all, the PPP will have to move swiftly to alleviate bitter, race-based division of the nation's two biggest ethnic groups—Indo Guyanese and Afro-Guyanese—and defuse the unstable social environment the elections conflict created. This means reaching out to the defeated A Partnership for National Unity + Alliance For Change (APNU+AFC), and taking meaningful action to placate deep-seated ethnic insecurities.

Bitter, race-based division of Guyana's biggest ethnic groups intensified during the elections cycle and remains a serious threat to national stability. The international community is well aware that the future of Guyana's economy and politics, as well as the security of foreign investors' interests depends on the resolution of this problem.

In a joint statement congratulating the new government, the United States, Britain, Canada and the European Union said, "We also look forward to seeing this government at its outset reach across political divisions to unite Guyanese of all ethnicities, races, and regions, around meaningful progress on constitutional reform and reconciliation."

In July, powerful nations and international agencies and groupings, including the Caribbean Community (CARICOM), the United States, Canada, Britain, the European Union, the Commonwealth and the Organization of American States unleashed relentless diplomatic pressure the Coalition, and either initiated or threatened sanctions against APNU+AFC members and supporters. The party could not withstand such international pressure, especially after repeatedly losing court challenges claiming election fraud.

Guyana's newfound oil wealth has increased its geopolitical significance, which has increased local concerns about the risk of foreign interference in its domestic affairs. The nation's rise as an oil-producer and its proximity to Venezuela has attracted intense interest from powerful Western nations. As the International Court of Justice seeks to resolve a border dispute in which Venezuela is claiming two-thirds of Guyana, the West wants to secure corporate interests in Guyana and get leverage against Venezuela. This makes Guyana particularly vulnerable to overt and covert foreign intervention.

Indeed, the APNU + AFC maintained throughout the elections cycle that powerful Western nations want regime change in Guyana to further their geopolitical interests rather than preserve democracy. The party believes this is linked to billions of dollars oil companies will milk for shareholders from Guyana's oil, as well as US machinations to topple the Maduro regime in Venezuela.

Unfortunately, in Guyana's racial political culture, the PPP victory in elections is seen as a victory of Indo-Guyanese over Afro-Guyanese. The Coalition confirmed that it will soon file an Elections Petition seeking to overturn the elections results, but such matters can be tied up in court for years. A pushback by militant APNU+AFC supporters seems likely, and they can ramp-up street protests to dangerous levels. Therefore, there a high risk of social upheaval in Guyana at a time when the economy has been crippled by COVID-19.

Despite ongoing political tension, there is cautious optimism about the long-term future of Guyana's economy. Investors' interest in Guyana's oil is still high and—given the probable high per-capita benefits from sharing the State's profits from over 8 billion barrels of oil among a relatively small population of about 750,000 persons—Guyana will derive substantial benefits from oil despite the current political crisis.

As the global oil industry seeks to rebound from the negative effects of the COVID-19 pandemic and a steep drop in oil prices in 2020, Guyana's high-quality oil with low-cost recovery is extremely attractive. The entire offshore oil industry is hoping for social stability in Guyana and the new government's timely approval of project development permits.

At a second quarter 2020 earnings call on July 31, ExxonMobil—operator of the lucrative Stabroek Block offshore Guyana—noted that both Guyana and the company would incur significant losses the longer it takes to get government approval for its pending Payara Development.

Exxon's Senior Vice President, Neil Chapman said, "It's very important that we get this development plan so that we can [make a] FID (Financial Investment Decision) in the September timeframe … we need that approval of the development plan, and that's what governments have to do..."

John B. Hess, Chief Executive Officer of Hess Corporation—which has 30% stake in Exxon's Guyana project— said on July 29, "Our top priority is Guyana, an extraordinary world-class asset… this will really underpin low-cost barrel developments for many years to come, sustaining our trajectory of industry-leading cash flow growth from Guyana through the decades."

One thing is certain. Both the PPP and the Coalition have been guilty of exploiting racism in Guyana's politics, and unless their supporters force them to depart from this poisonous political culture, Guyana will keep returning to racial strife and political turmoil and will not be able to reap maximum benefits from its oil bonanza.

The strength of Guyana's democracy going forward relies on the Government and Opposition challenging each other's policies without plunging the country further into racist politics at time when it needs to focus on maximizing the benefits from oil.

Guyana's elections saga exposed its racial political system and highlighted the risks of investing in the country. The nation's vast oil reserves might cushion its economy from the worst effects of its political woes, but at the risk of Guyana being sucked into a matrix of big-business interests and geopolitical strategies of the world's most influential nations.