The Haitian people: Sadly and badly in need of a champion 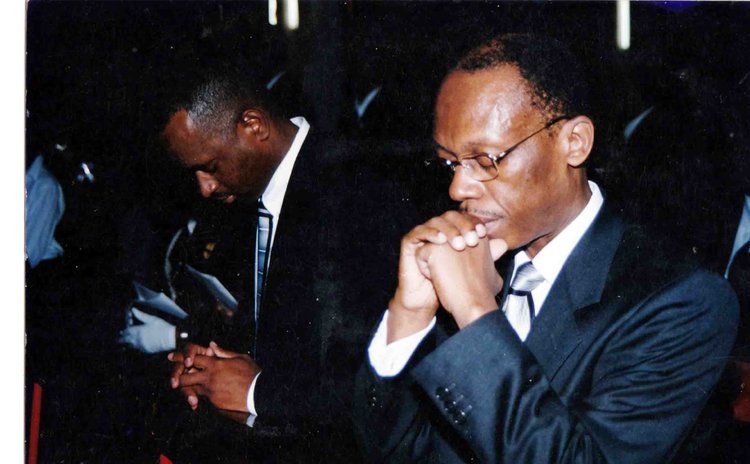 Human rights and constitutional violations in Haiti have been ignored for too long by the Organization of American States (OAS). The Caribbean Community (CARICOM) has also avoided dealing with incendiary political issues in Haiti.

Meanwhile, more suffering is being piled on the poor people of Haiti whose body count from malnutrition and organized violence continues to grow. Against this background, it is not surprising that Haitians are seeking every means of escape from their homeland.

In desperate situations, criminals take advantage of the vulnerable. Thus, a brisk trade has begun in trafficking young Haitians – this time into the Caribbean. Evidence of this is the discovery by police in Guyana on November 7 of 26 Haitians, including 2 boys and 5 girls who were being transported to the Brazilian border by a human trafficking ring.

Both the OAS and CARICOM are obliged under their charters and declarations to call to account member states whose governments act unconstitutionally or take actions that violate the human, civil and political rights of their people.

The two organizations were active and vocal throughout the 5-month impasse in the Guyana elections, from March to August this year, and afterwards. During that entire period, the constitutional and electoral situation in Haiti was worse. But not a word of condemnation of the Haitian Presidency was uttered by either body.

Haitian President, Jovenel Moïse, has been running the country by decree with no elected parliament since 2019, amid accusations of corruption, protests and the deployment of the military which has been accused of atrocities.

The Chair of CARICOM did publicly declare, in January 2020: "CARICOM is deeply concerned at the continuing unsettled political, economic, humanitarian and social situation in its Member State, Haiti. Indeed, we are particularly concerned about the several incidents of violence and the associated and tragic loss of life". Since then, CARICOM said nothing more.

Yet, four months later, in its April 2020 update on Haiti, the World Food Programme said that almost four million Haitians need urgent food assistance, and that at least 1 million of those are suffering from severe hunger. President Moïse has been close-mouthed about the gangs that, according to the Miami's Herald's Jacqueline Charles (a Haitian expert), "have been on a rampage in poor neighbourhoods — kidnapping, raping and killing at will".

An Editorial in the Trinidad Express Newspaper pointed out on November 25, "The US position is particularly hypocritical in the context of its backing of Haitian President, who has been ruling by decree since dismissing parliament, and who continues to preside over unending human rights abuses and the rise of Tonton Macoute-style death squads."

It is well known in the OAS that it is the US government that is principally behind no action on Haiti by the organization whose Secretary-General, Luis Almagro, has been ardent in calling out other countries, particularly Venezuela and Nicaragua, on human rights. The US and the "Lima Group" of countries in the OAS have been dependent on Haiti's vote to secure the bare majority needed to secure adoption for controversial resolutions against the Venezuelan and Nicaraguan governments. Hence, the suffering of the poor people of Haiti is ignored.

Whether by coincidence or cooperation, on the same day - October 29 - US Under Secretary of State, David Hale, and Secretary-General Almagro urged Moïse to hold "overdue legislative elections as soon as possible". Moïse has ignored them, continuing to operate with untrammelled power, including by making appointments of personal loyalists to key posts in violation of the Constitution which requires such appointments to be approved by the Senate.

Recently, he has appointed the Commander of the Armed Forces, the Head of the Police Force, the Governor of the Central Bank, and the chairman of the National Credit Bank. The holders of these offices were all appointed without the senatorial ratifications required by the constitution. Consequently, they are not vested with the administrative and financial independence necessary to carry out their duties as guaranteed under the Constitution. They are instruments of the President, vulnerable to his sole dictates.

Unrest and violence continue as groups demonstrate against corruption and call for elections. The Police has been active in breaking up protests, reportedly shooting dead one protestor and injuring two more on November 18.

Even within the Police force, protestors exist. A secret group called "Fantom 509" has been actively protesting poor wages and conditions. The recently appointed Police Commissioner, Leon Charles, commanded his officers to confront and lock up colleagues who are "Fantom 509" members.

On Friday, October 30, President Moïse officially put the Constitution of Haiti "on hold". He formed a committee, to "revise" the draft of a new constitution, which, reportedly, was drafted by persons appointed by him. In any event, the President has no authority to modify, reform or change the Constitution.

This unconstitutional behaviour is yet another dangerous threat to democracy and political stability in Haiti if it continues unchallenged. It violates both the Charter of the OAS and the Inter-American Democratic Charter. It is also inconsistent with the CARICOM Charter of Civil Society. At the very least, they should rebuke Moïse for his violations of the constitution.

It is unlikely that between now and January 20, when US President-elect Joe Biden assumes the Presidency, that there will be any movement by the US government - by itself or in the OAS - to address the plight of the Haitian people. Nonetheless the OAS - and CARICOM within it - should act.

The Haitian people are not a political problem; they are human beings sadly and badly in need of a champion.