The international order is broken – where are the enlightened leaders to remake it? 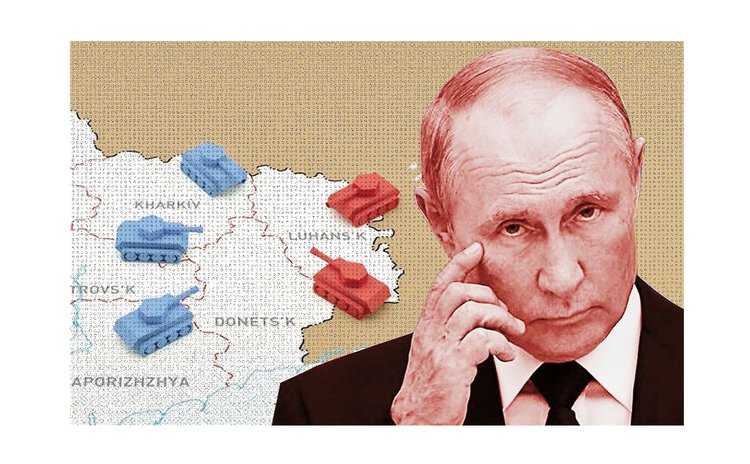 The international order, which has existed, although shakily, since the end of World War II and the establishment of the Charter of the United Nations, is now severely broken.

Whether the pieces can be reassembled and strengthened to guarantee a peaceful world is uncertain. What is certain is that the world is now in a dangerous place and urgently needs visionary leadership to try to pull it back from its current perilous circumstances and to set it on a path of peace and cooperation between nations.

Russia's invasion of Ukraine, threats of nuclear confrontation, unprecedented economic sanctions, high oil prices with the prospect of more increases, shortages of food supplies and attendant high costs, are the prevailing order of the day. No nation has been spared and the situation might well worsen in the coming weeks, with developing countries and small economies suffering the most, since they have the least capacity for resilience.

Every country and region will experience disruption in projected economic growth this year. The European Union has already announced that it expects much less than the 4% growth that it had expected for its 27 nations collectively.

The United Nations Security Council (UNSC), which was conceived as the forum for guaranteeing peace by ensuring that nations would uphold and respect international law and the principles of the UN Charter, has only been effective when the vested individual interest of the five permanent members was not involved. Once any of the five – Britain, China, France, Russia and the United States (US) – were affected, each of them used their anachronistic veto power to block UNSC action – the only international instrument binding on every nation.

The absurdity of the world being subjected to the veto power of one of five nations was brought into sharp focus throughout the UNSC's deliberations on Russia's invasion of Ukraine. Not only did Russia make it clear that it would veto any decision it disliked, but it also presided over the proceedings as the rotating President. This unrepresentative and gravely flawed system has proved impossible to change, and it now seems set to harden.

The UNSC's role has departed from the original concept enshrined in the UN Charter, specifically articles 39 to 51 of Chapter VII, titled "Action with respect to threats to the peace, breaches of the peace and acts of aggression". This chapter established a framework for collective security based on the use of military forces and gave the UNSC authority for enforcement.

But, since 1947, the political and military ambitions of the nations of the East and West put this chapter into abeyance. It has remained there ever since. Over the years, a more limited role described as "peacekeeping" has emerged. While this role has been beneficial when it has been activated, it has been fraught with difficulties.

For instance, peacekeeping can only be launched after a conflict has broken out; a mandate from the UNSC is required, and this depends on agreement by all 5 Permanent members of the Council (which seldom happens); no automatic or obligatory mechanism for financing peacekeeping exists, financing depends on the voluntary contributions of rich countries, and peacekeepers cannot pressure combatants to withdraw from occupied territory or to resolve the conflict in general.

In summary, the UNSC, and, consequently, the UN Charter have proven to be paralyzed and ineffective, particularly when permanent members have a vested interest, either directly or indirectly.

Since the end of the 1990s, and an initial détente between the nations of the West and East, the nations of the West and Russia have developed different and contradictory approaches to peace-making. Ostensibly, the Western approach is to resolve armed conflicts through inclusive peace processes and liberal state transformation including democratisation, human rights, political freedoms and good governance. Although, it has to be said that there is more than a little hypocrisy in that stand, as was seen in the US military intervention in Iraq and Afghanistan, and the US accommodation of Israeli settlements in occupied Palestinian territory.

For its part, Russia has argued for the primacy of sovereignty, the need for strong states and political order, and the right of government to suppress internal conflict using any means necessary. This was Russia's stance, for instance, in relation to the conflict in Syria. There is a clear pattern of rigid differences between Russia on the one hand, and the US, UK, and France on the other, with China claiming neutrality.

Russia has now taken the differences a leap further by invading a sovereign nation in pursuit of its own interests, with scant or no regard for the UN Security Council or the 141 members of the UN that voted in a Special Session of the UN General Assembly to condemn the invasion of Ukraine. Only 5 nations voted against, all of them headed by tyrants. Thirty-five countries abstained, including China, India and South Africa.

Many of the countries that voted in favour were fearful of being invaded themselves or recognised that, in their own interest, they had to condemn violation of international law. Those nations that voted against might have been contemplating following the Russian action as a basis for their own use of force in their territorial ambitions. The motivation of the abstaining nations was rooted in what they considered to be their own national interest. For a few, that included not offending Russia with which they depend for political support and military equipment.

In short, humanity now exists in a troubled world which, even before the invasion of Ukraine, faced major crises such as managing the impact of Climate Change, increasing pandemics, widening economic inequality between developed and developing nations, and restructuring the global financial architecture. All of these issues require the involvement of all countries; none can be tackled by any one nation or group of nations.

Humanity's need for enlightened global action, with cooperation at its centre, is now more urgent than ever. It is such international cooperation that should now invigorate the world's peoples, making it clear that invasions and war are no answers. Might is not right.

Leadership based on ethics, morality, fairness, and justice is needed. Small Caribbean states must demand it, and give it, principally by insisting on respect and adherence to international law by all.